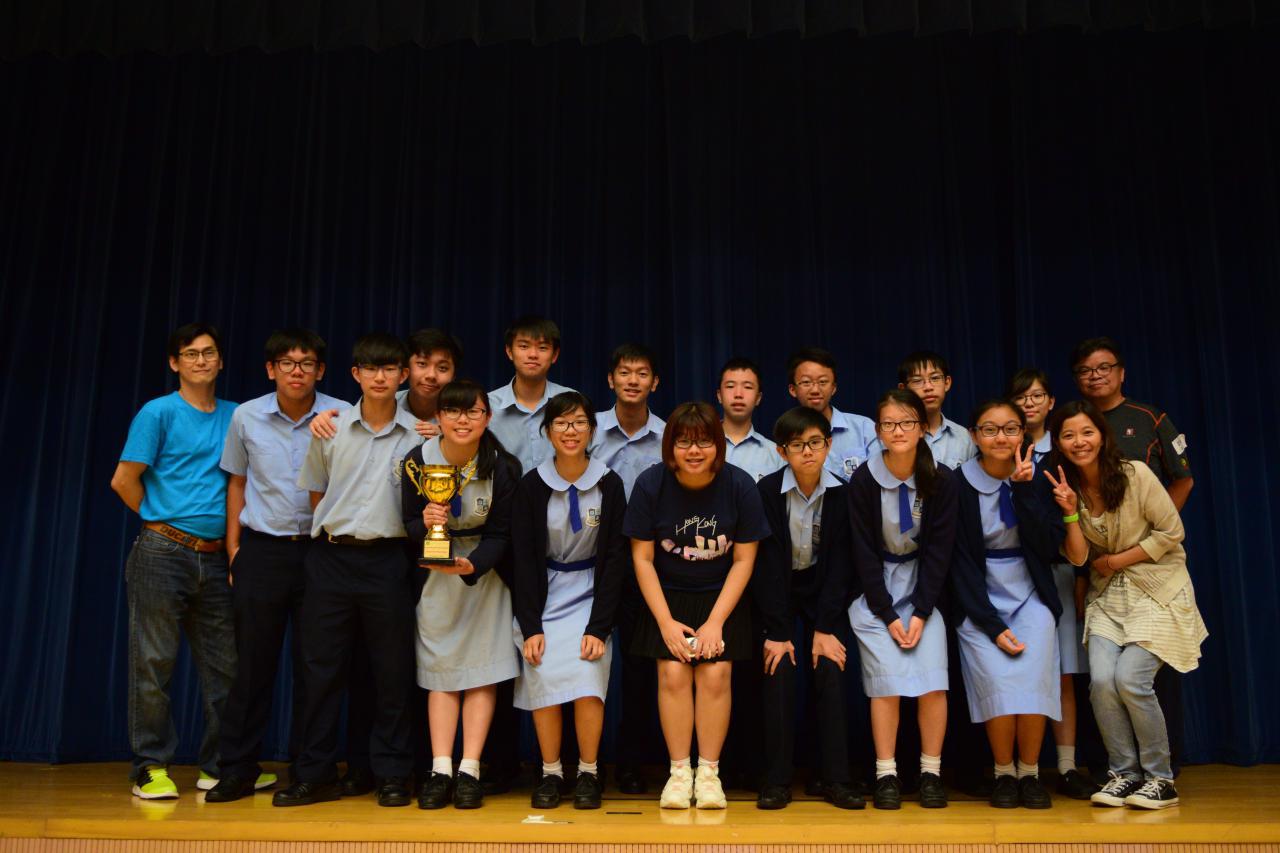 Leo Yeung Chi Hang got the High Word by placing REMOVALS/YUM, scoring 100 points in one move. Brian Po got the High Game with 571 points

After 6 games, Calvin Ma became the Hong Kong Youth Scrabble Champion 2016. He is also the winner of the Best Under-16 Player award. Boris Chung got the 1st Runner-up while Ho Chun Hung got the 2nd Runner-up. 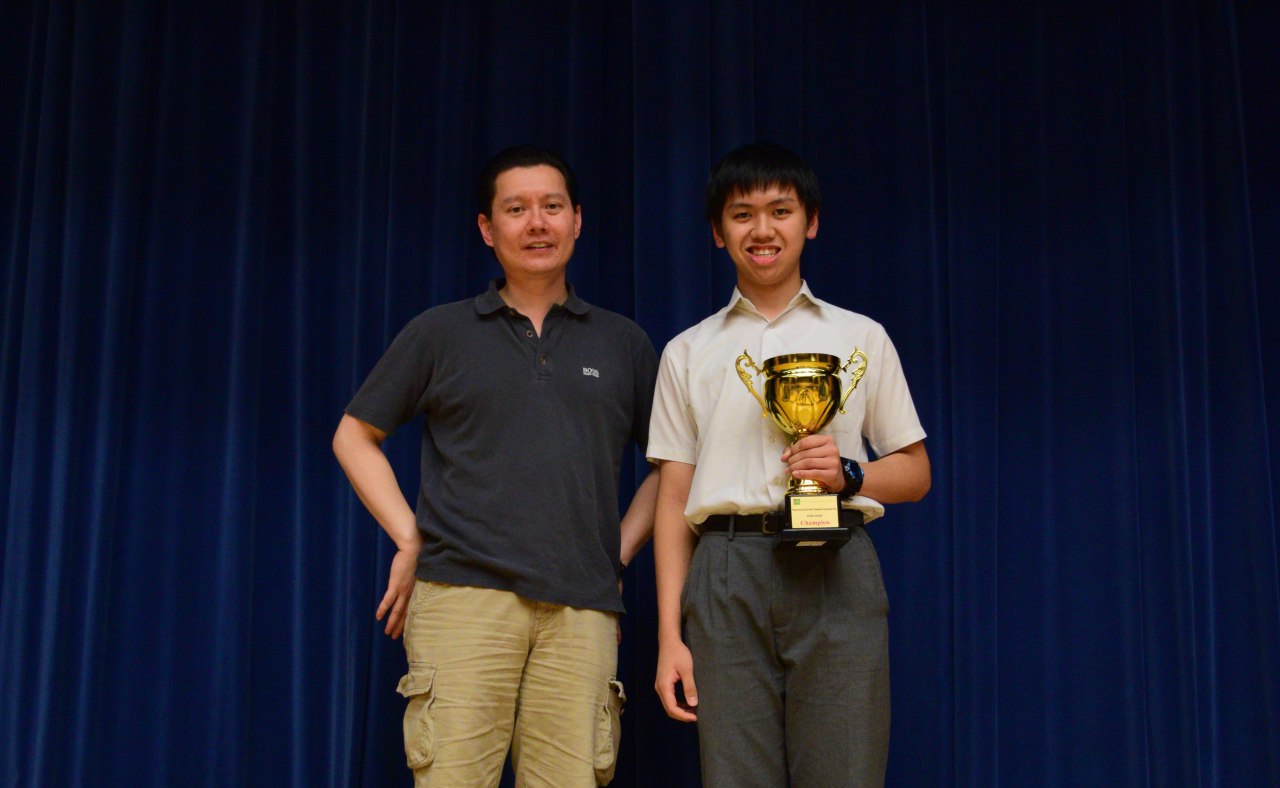 Kent Piyawat from Thailand participated in the side tournament held alongside the youth tournament, competing with other Hong Kong players. In the end, Edwin Chan got the champion, Felix Kwok came second and Douglas Tsang came third. 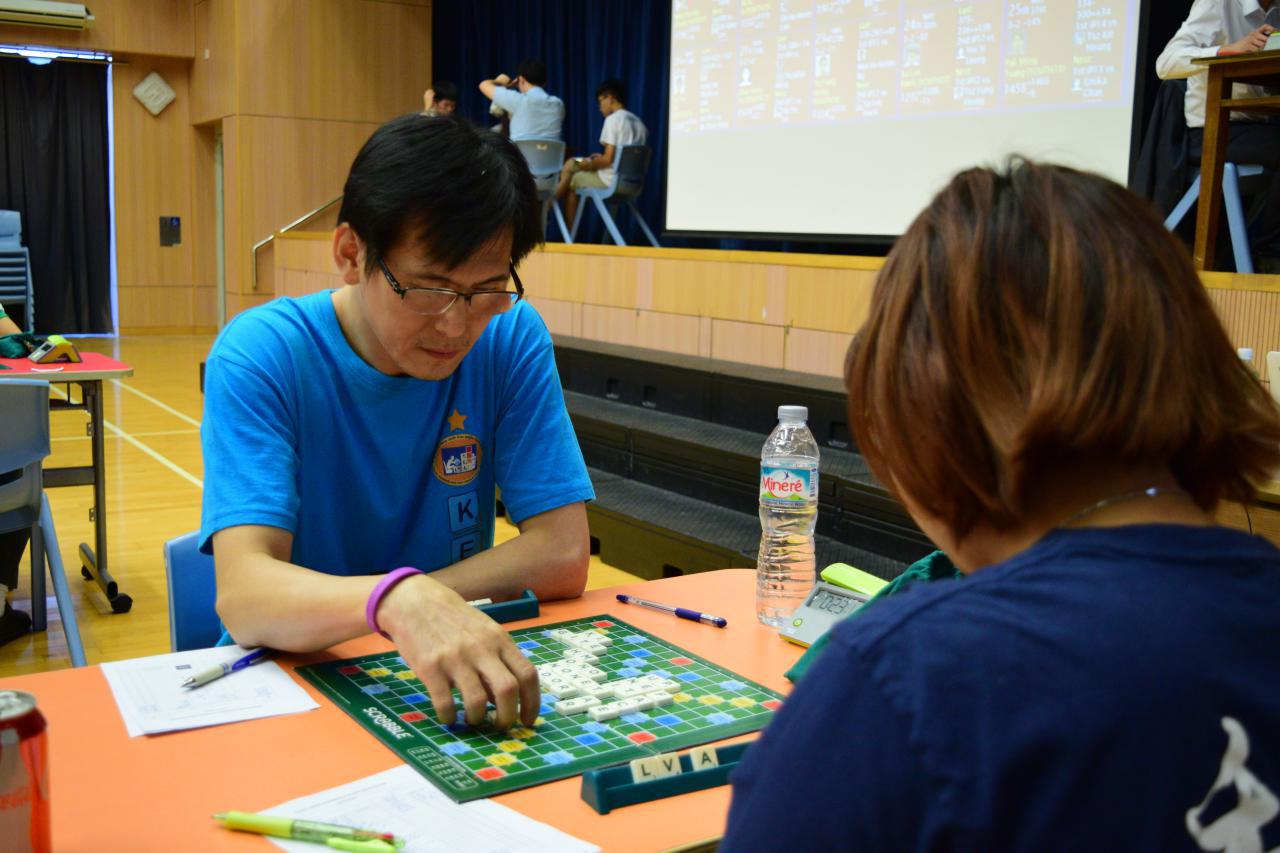 Kent, Tournament Director of the Thailand Crossword Association, playing in the Side Tournament 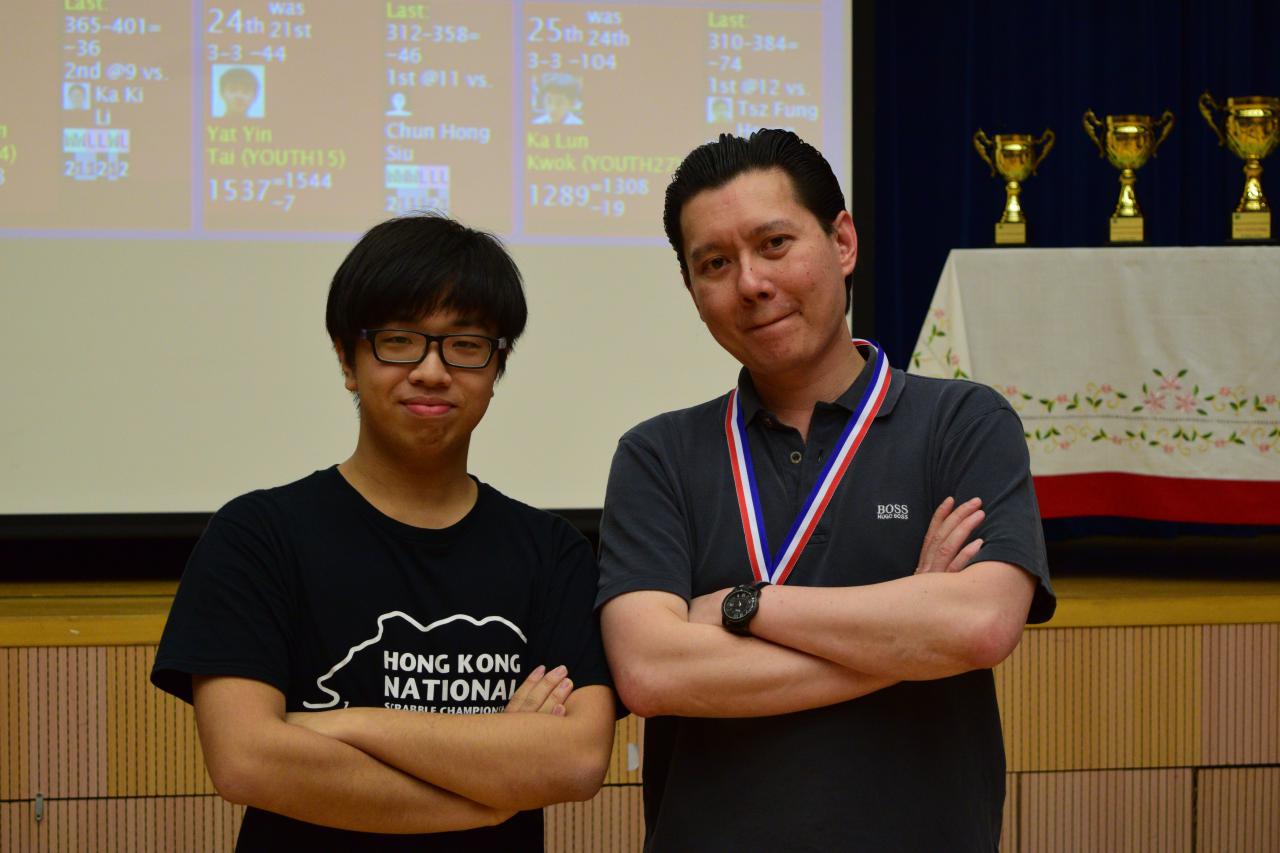 Edwin Chan (right) got the champion in the side tournament

We hope to see the young players in future competitions!