Euclid HUI, the Hong Kong Scrabble Champion 2021, was awarded the 4th place in the Open Category of the Challenge. He won 10 games out of of 14 games with a cumulative spread of +474 points. "Delighted to finish the tournament in 4th place and to only lose to eventual champion Thacha along the way. It feels unreal being able to top the table on several occasions and win a couple of games against players inside the world's top 50. Congratulations to Thacha for winning the tournament and to all prize winners, as well as to all my opponents for the wonderful games," Euclid said. 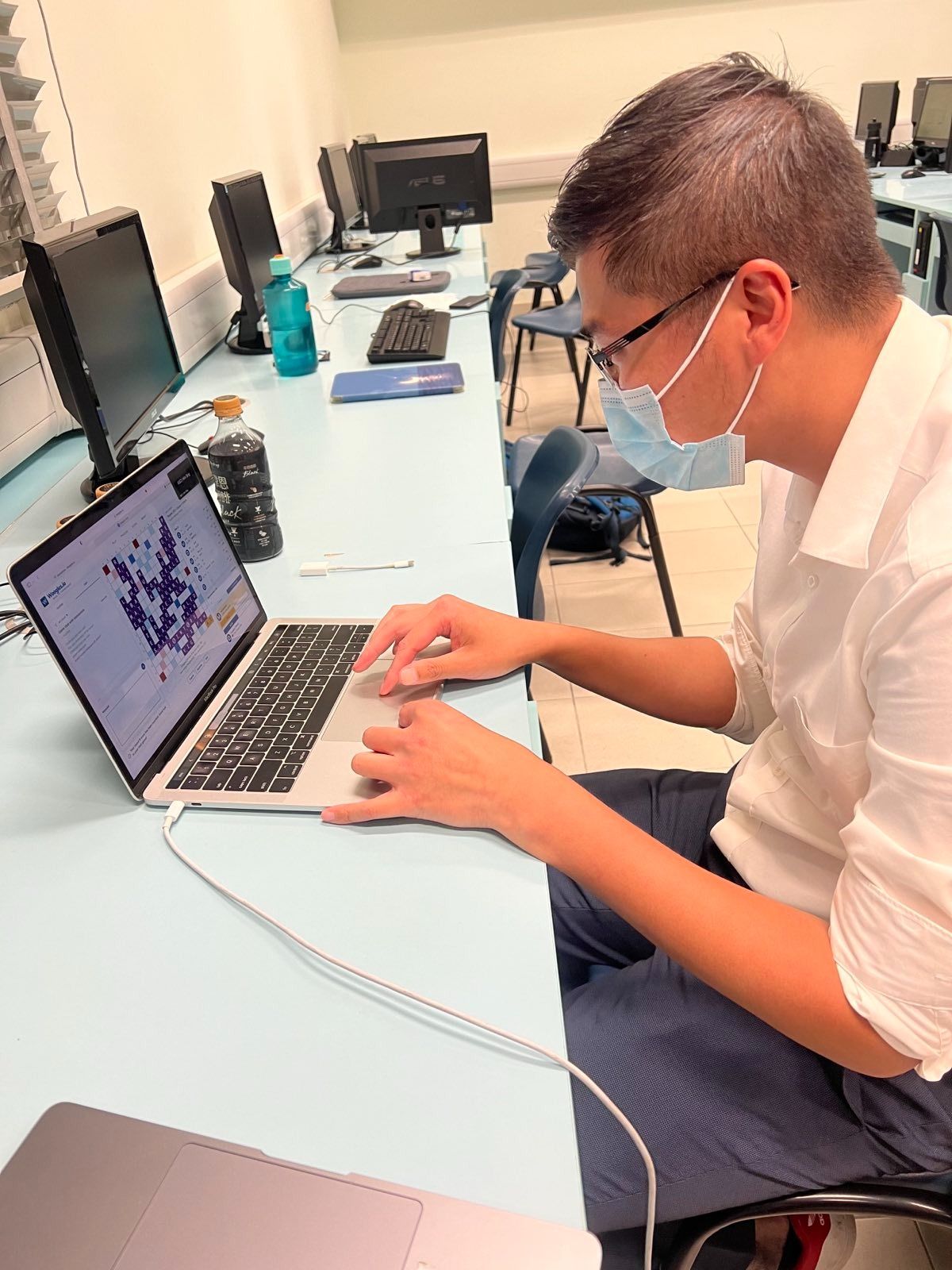 Douglas playing in the Challenge

Apart from Euclid, Douglas TSANG was also awarded the 10th place in the Open Category of the Challenge. "Glad to win a prize in the ASCI 2022. It’s the second time I got prize in a Malaysian-hosted tourney other than the Causeway Challenge. Winning in a overseas tournament is never easy as you know there are loads of top players around the world. But once when you managed to do so, you would find it unreal at first and then further reinforce the thought that “Hong Kong Scrabblers can be as competitive as the overseas counterparts”. I am looking forward to seeing more Hong Kong players triumph in foreign tourneys in the near future," Douglas said.

For the Under-18 Category, Thomson LAW Long Yin was awarded the 4th place in the Challenge. He participated in the ASCI four times before and was a Hong Kong Youth Scrabble Team player for many years. Thomson won 9 games out of 13 games this time. "I am honoured and thankful to win the 4th place. It is wonderful to play with top players from different countries, and I have learnt a lot from them. Many thanks to the directors and supervisors. I am looking forward to meeting you guys in face-to-face tournaments in the upcoming future," Thomson said.

Ian TSOI Yin was also awarded the 10th place in the Challenge by winning eight games in the Challenge. "I am so glad that I can play in the ASCI for the first time. At the beginning, I wasn't at the best. I slightly struggled with my racks and even sometimes being led my opponent for a couple of games. I only won 4 out of 8 games for the first day. After Round 9, I lost 5 games already. At that moment, I felt almost hopeless about earning any prizes. But then, I started to step up my game and won the remaining 4 games in the tournament. I can't believe that I made a comeback during the final games of the tournament. I hope that I can play better in next year's tournament," Ian said. Both Thomson and Ian are from Methodist College.

LOU Yuen Ching, Vanessa, was awarded the 15th place in the Under-15 Category of the Challenge. She won 8 games out of 13 games in the Challenge. It is her first time playing in the ASCI. "I am fortunate to win a prize in the U15 category of ASCI 2022. Thanks to those who taught me and practiced together online and face-to-face in the pandemic time.  During the competition, I also learnt a lot from my opponents. I will continue to strive for the best results in the upcoming competitions," Vanessa said.

ASCI is an annual international Scrabble tournament organised by the First Residential College, University of Malaya. Since 2021, ASCI has moved to the internet due to the coronavirus pandemic. This year, over 270 players worldwide has participated in the tournament.

Congratulations to all the prize winners once again!