On 28 March 2016, the Easter Monday, the Hong Kong Competitive Scrabble Meetup organised the biggest Scrabble tournament at the Trafalgar Brewing Company so far. A nice mixture of student and adult players constituted the 15 competitors, who played 6 games in a cozy afternoon (except the bye in each round). 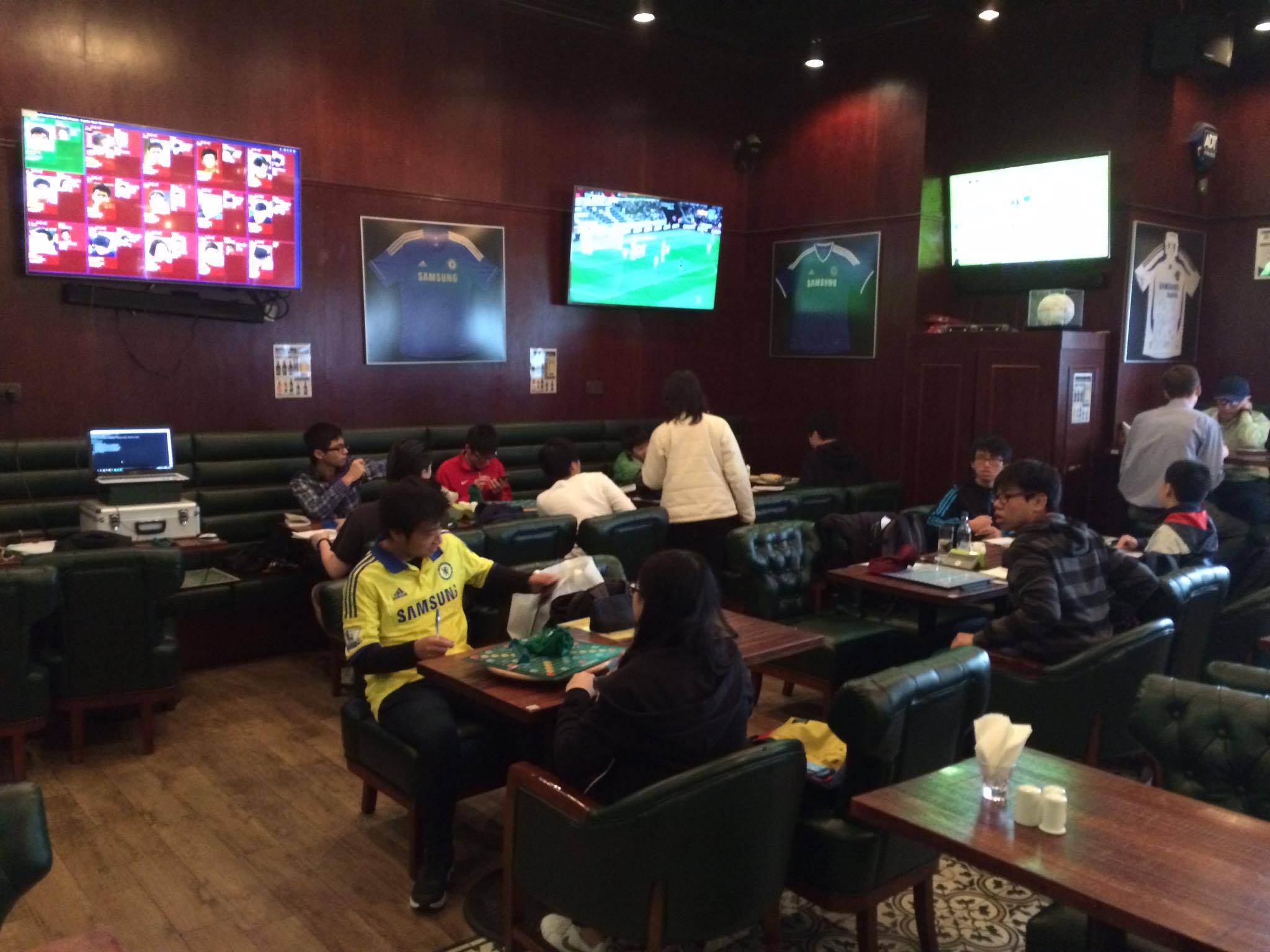 Chew pairing was used in this tournament, for the first time in Hong Kong. The event went smoothly with the help of the beautiful and clear enhanced scoreboard generated by the tsh program, developed by John Chew. Checking scores and opponents have never been easier.

The full result can be viewed here.

Now let’s see a selected game from the tournament. In game 5 between Lau Kwun Shing (Chris) and Edwin, Chris won narrowly by 6 points. 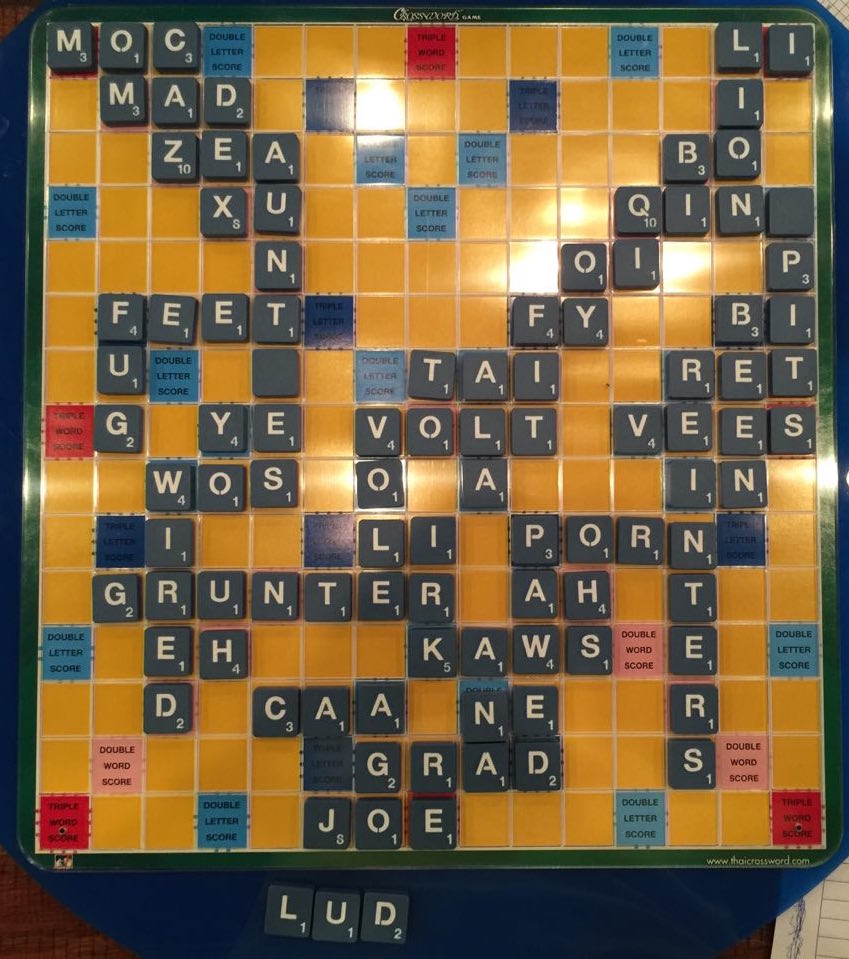 The final board between Chris and Edwin

In the opening moves, Chris failed to realise the back hook of VOLT (A/E/I/S) at the expense of his bingo ELAT(I)ON. However, Edwin also could not find a place for his bingo and played GRUNTER (the latter R already on the board) instead. Chris then tried an 8-letter bingo, but failed again by misspelling ATTORNEY as ATTRONEY. Both sides played short until Chris broke the deadlock with AUNT(I)ES/YE/WOS. Lucky Chris then placed DEX and CAZ on double word squares for 42 and 55 points respectively for a comfortable lead. Although Edwin pulled back by placing an 8-letter bingo REINTERS for 75 points (including the 5-point challenge from Chris), he could not save his unlucky game and lost with a respectable score of 381.

We would like to thank the Trafalgar Brewing Company for their excellent refreshments, service and venue. We hope to have even more players for the next meetup tournament! Both students and adults are welcomed!