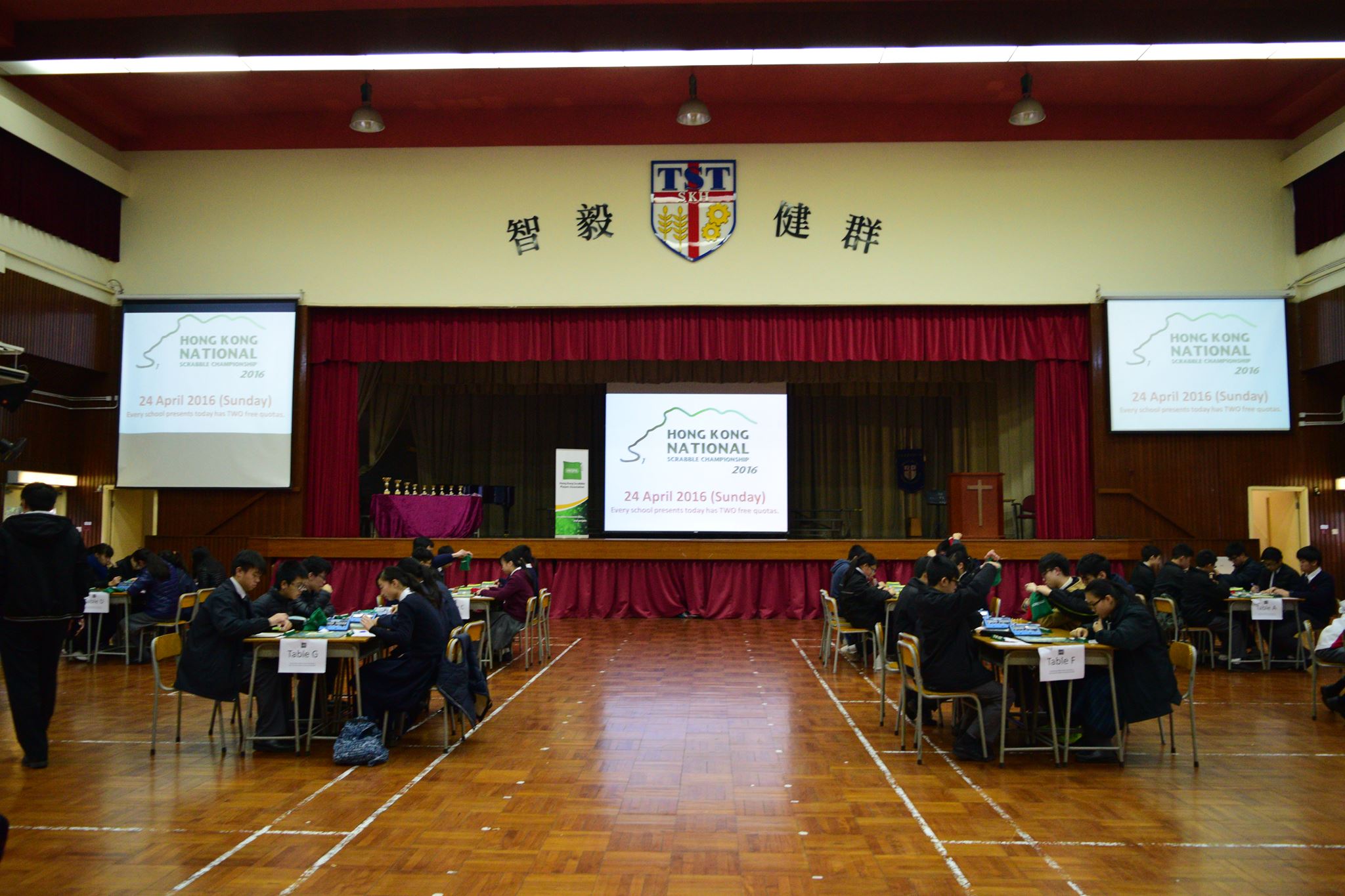 16 schools applied for the Championship, but only 15 showed up eventually. A team-based format is used in the competition. 3 players from the same school faced 3 from another school in each round, and a school wins by a 3-0 or 2-1 victory. Schools are divided into 4 groups for a group-based round-robin in the first 3 games, while the final 2 are knockout games. 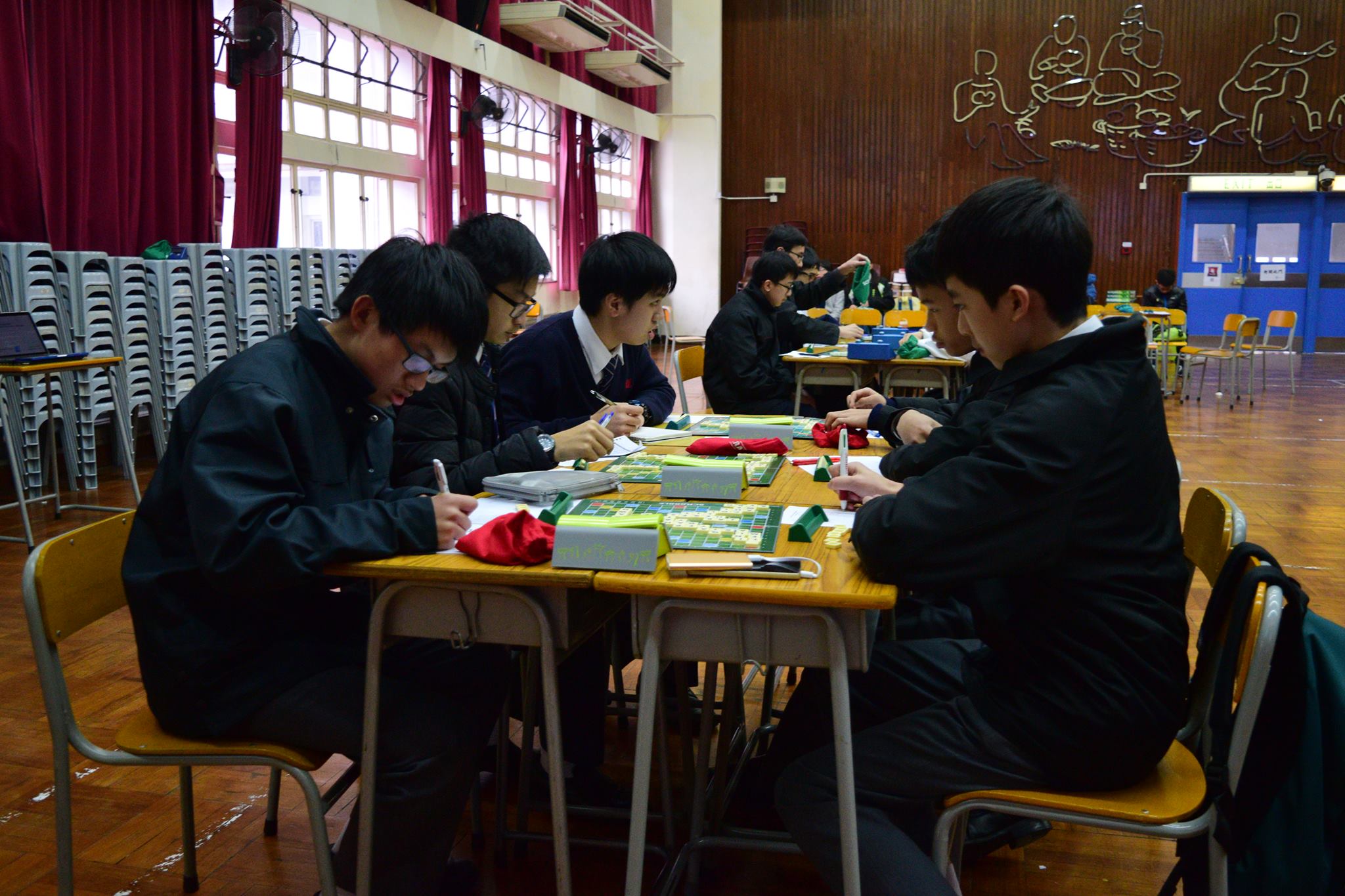 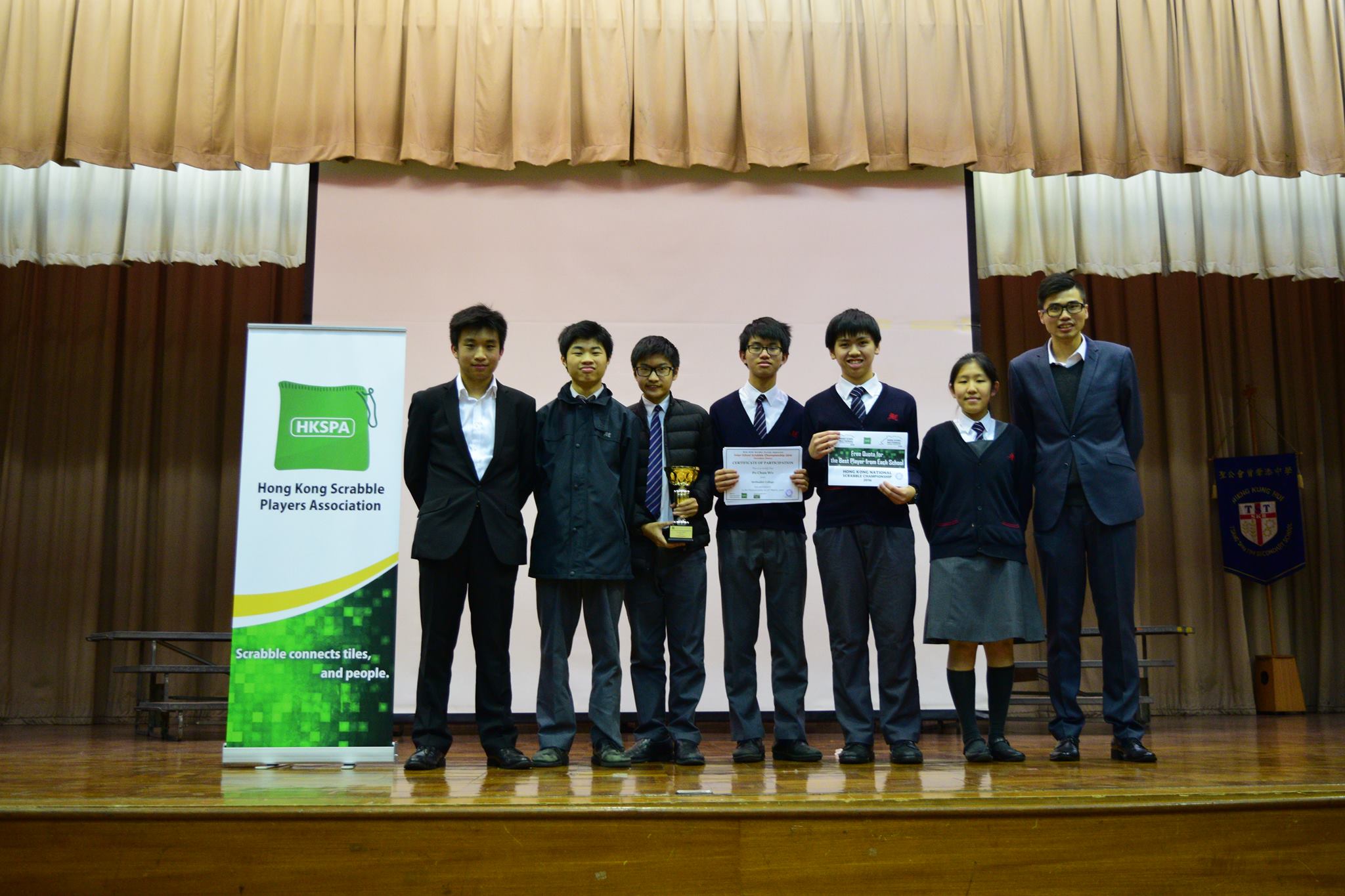 Our former President, Chris Lau (left), presenting the Gold Cup Champion trophy to the coach and students from Methodist College

Emika Chan from SKH Tsang Shiu Tim Secondary School got the High Word by placing QUIVERS/ALS, scoring 133 points in one move. The second highest scored move, ACQUIRE/AT (131 points), is also placed by her. 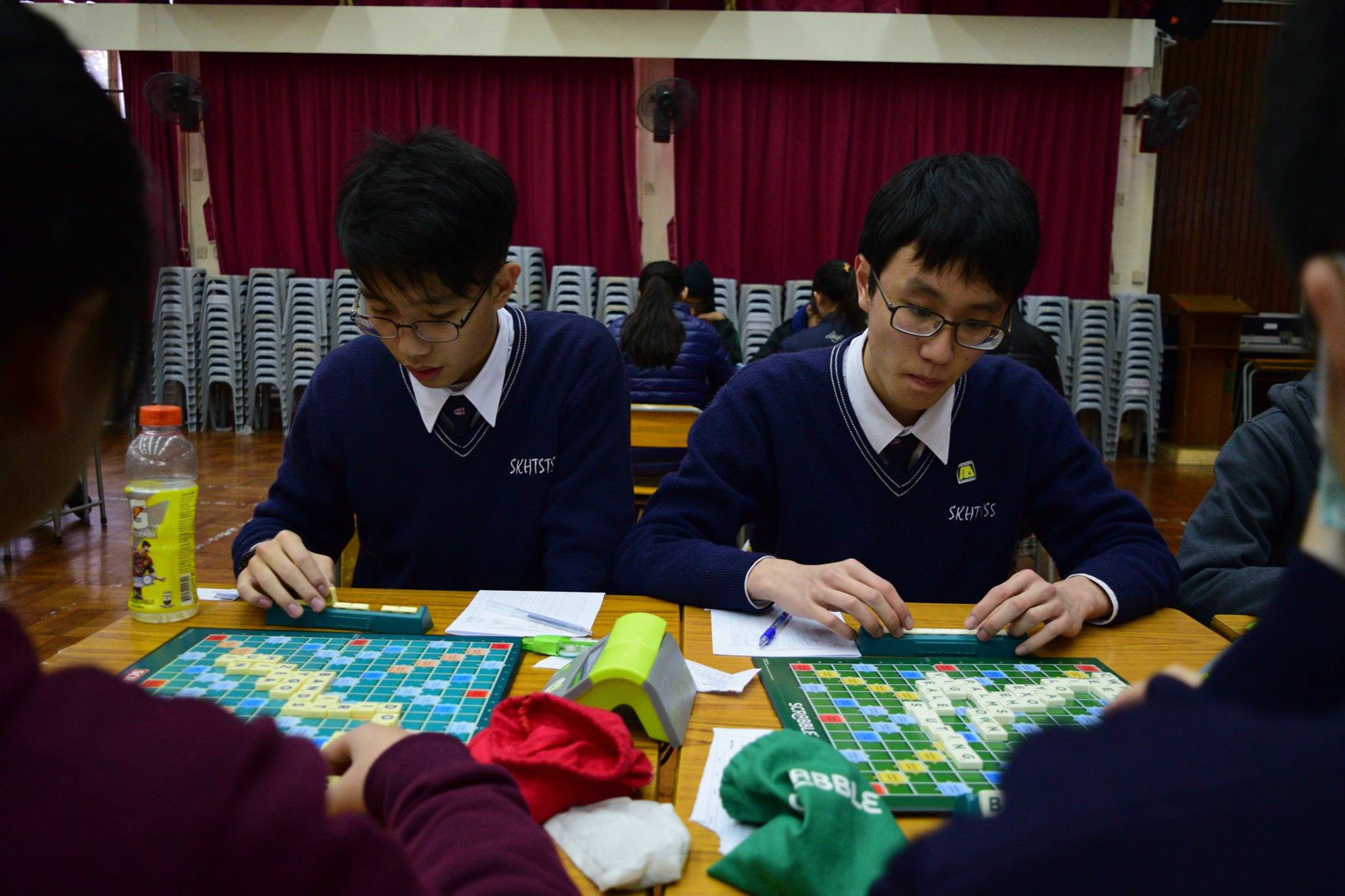 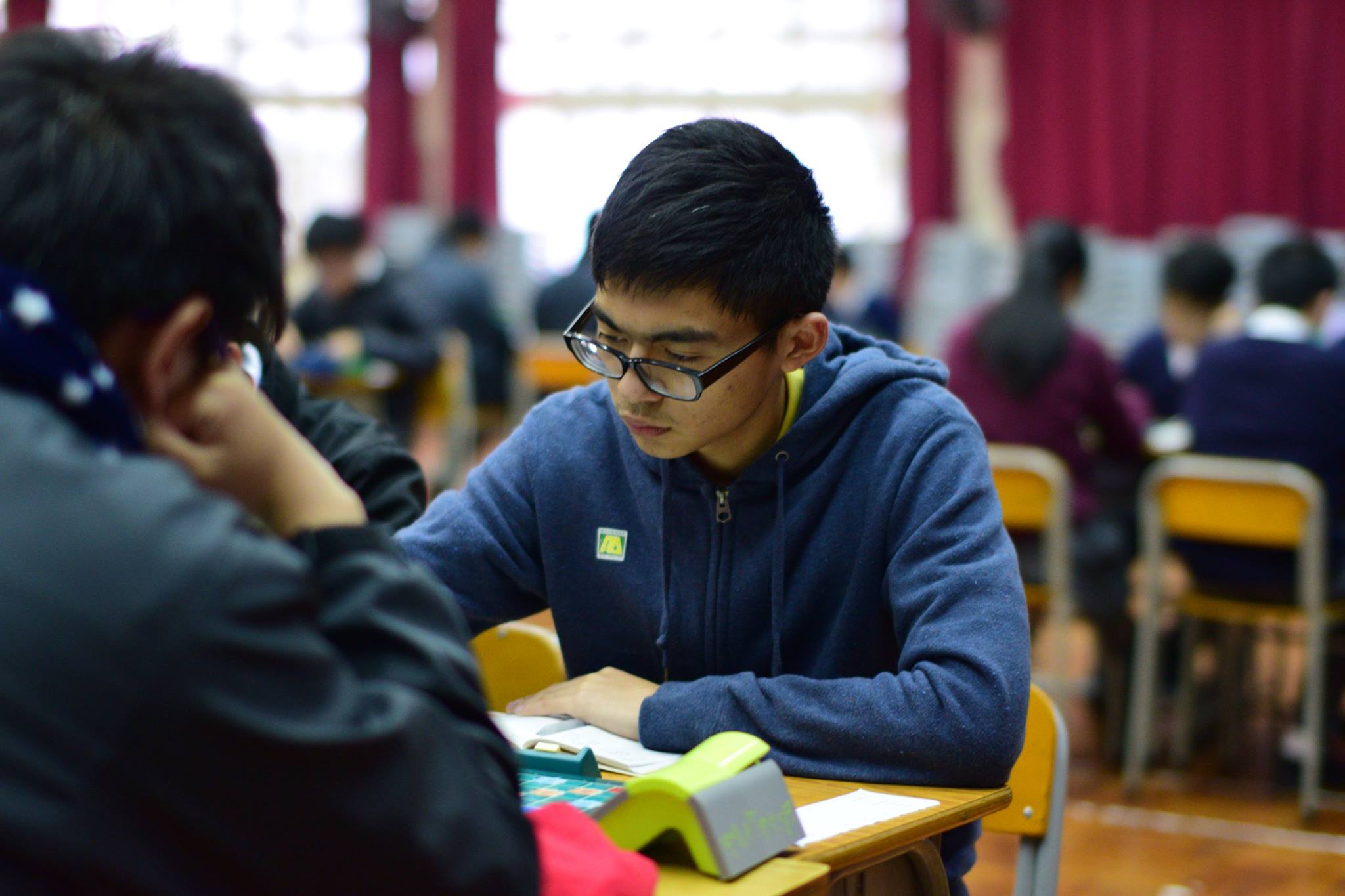 15 TWGHs S.C. Gaw Memorial College 1 4 -3200 Note: the school wins, individual wins and spread are for reference only. The final ranking was determined by the result of the knockout rounds instead of total wins.

We hope to see the young players in future competitions again!