On 28 February 2016, a 12-player 6-game tournament was held at the Trafalgar Brewing Company. We were all thrilled with excitement to have a special guest, Michael Tang, a Scrabble expert in Singapore, to join us this time while he was having a short trip to Hong Kong.

Players were paired randomly in the first game. Swiss with no repeats was adopted for the remaining games. 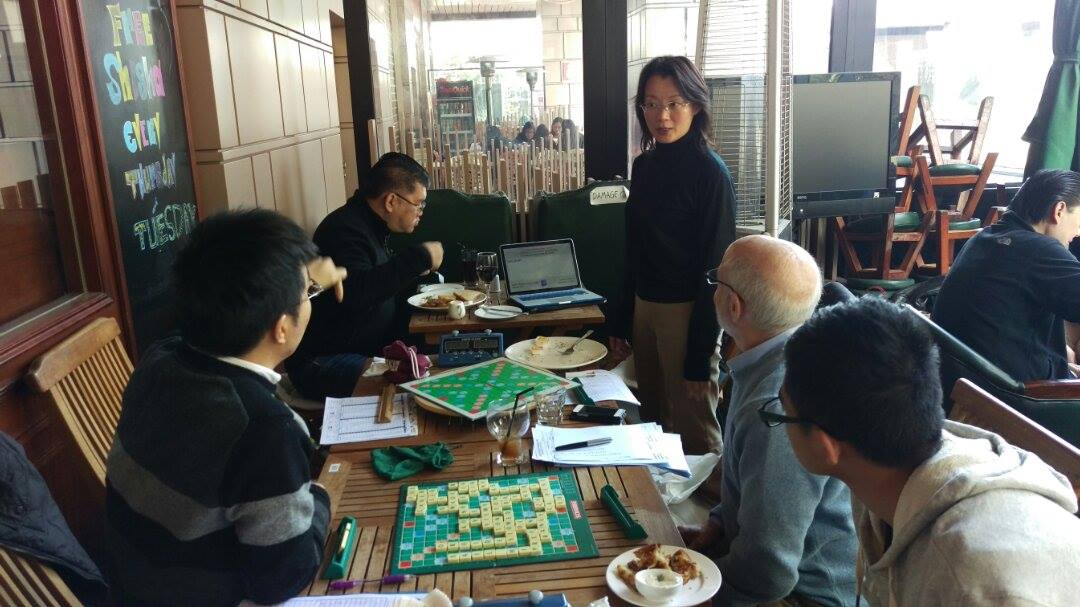 Michael Tang was clearly the pre-tournament favorite, but local players did not make easy for him. Felix played Michael Tang in the first game and won 413-378.

Despite the early scare, Michael Tang demonstrated his expertise to win all subsequent games to clinch the tournament. The last game between Michael Tang and Euclid Hui is worth a mention. 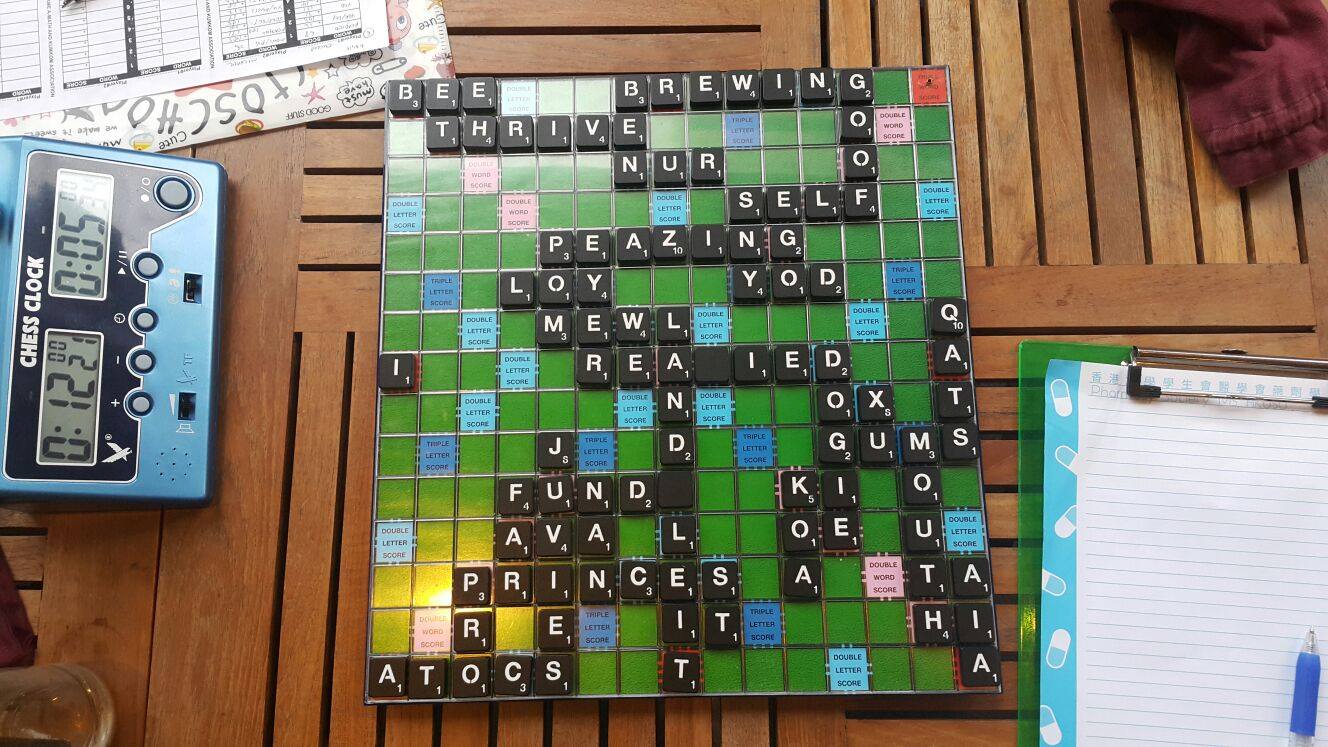 The final board between Michael and Euclid

Just before the last game, Euclid might still have won the tournament if he could snatch a win against Michael and if Felix fell victim to Hong Kong Youth Scrabble Team 2015 and 2016 member Tsang Wai Yin Jason. He got a dream start when he laid down REAdIED on the center star. But Michael Tang soon turned the tide with a natural PEAZING fit perfectly on two Double Word Squares for a mammoth 145 points. And then what followed was what Michael Tang described as his best play in the tournmanent, a 9-letter word (LA)NDsLEIT down to the Triple Word Square for 80 extending the existing LA on the board. Euclid, astonied, finally lost by a respectable 73 points.

Felix also got the chance to win the tournament as he was going to the final game with about the same cumulative spread as Michael’s. Felix won 512-483, so the spread was not enough to take him past Michael and settled at second place. Yet, this game got the distinction to be the highest combined score and the highest losing score ever recorded in rated tournaments in Hong Kong. 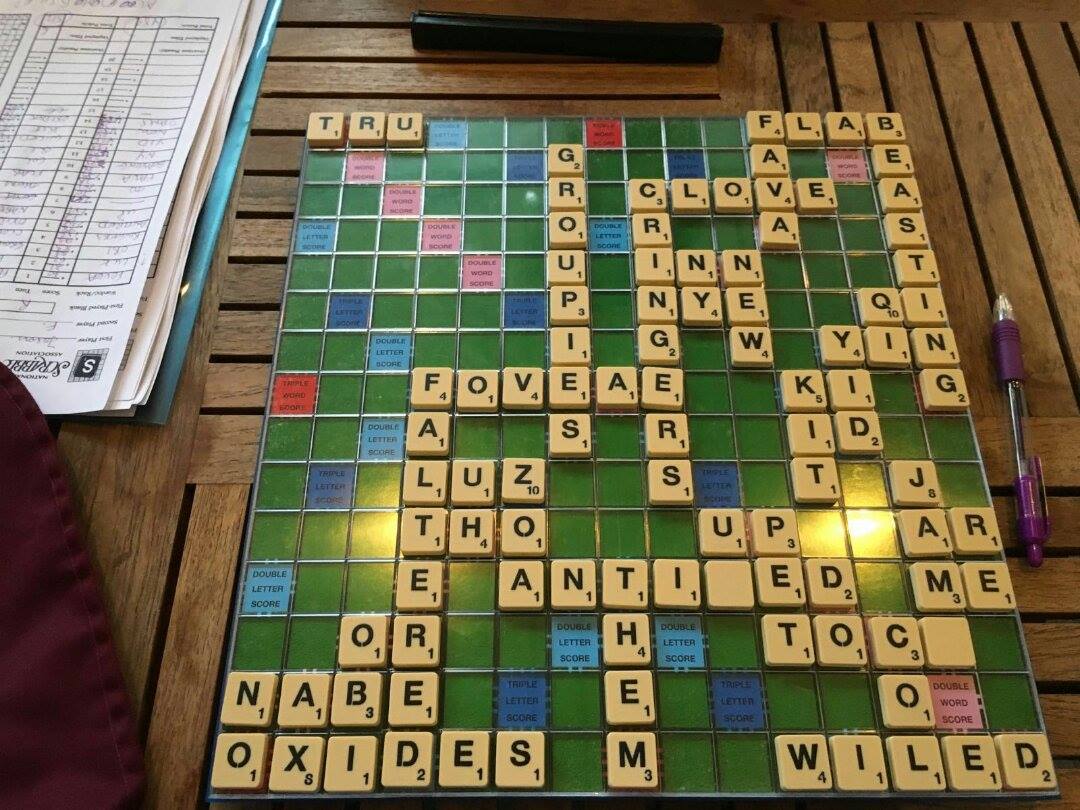 The final board between Felix and Jason

Sarah Fairhurst grabbed the third place with 4 wins after she won the last game against Michael Edesess and surpassed Euclid by spread.

After the tournament, Michael Tang shared some advice on playing Scrabble while he was playing some more friendly games with us. 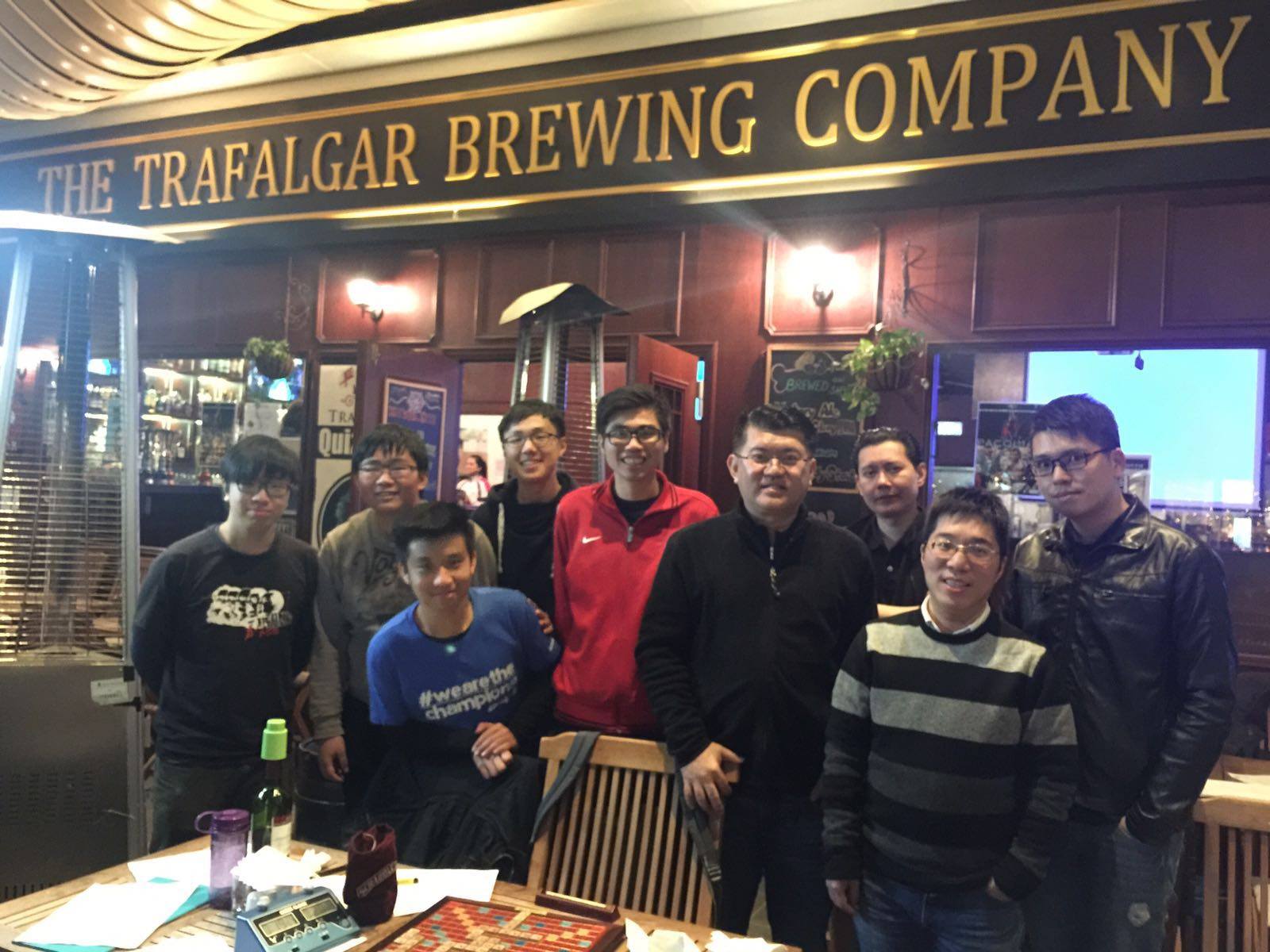