Hong Kong Scrabble Players Association (HKSPA) decides to postpone the HK International originally scheduled on 9-10 July 2016 to the Summer of 2017, as the relevant laws concerning the legality of tournaments with prize money in Hong Kong are still unclear, and positive responses from the relevant parties could not be foreseeable in the near future. HKSPA will try its best to organise an HK International with a proper prize structure in Summer 2017.

HKSPA will also withdraw its interest in holding the WESPA Championship 2017 (expressed in the 2015 WESPA Biennial General Meeting) after failing to organise an international tournament beforehand. 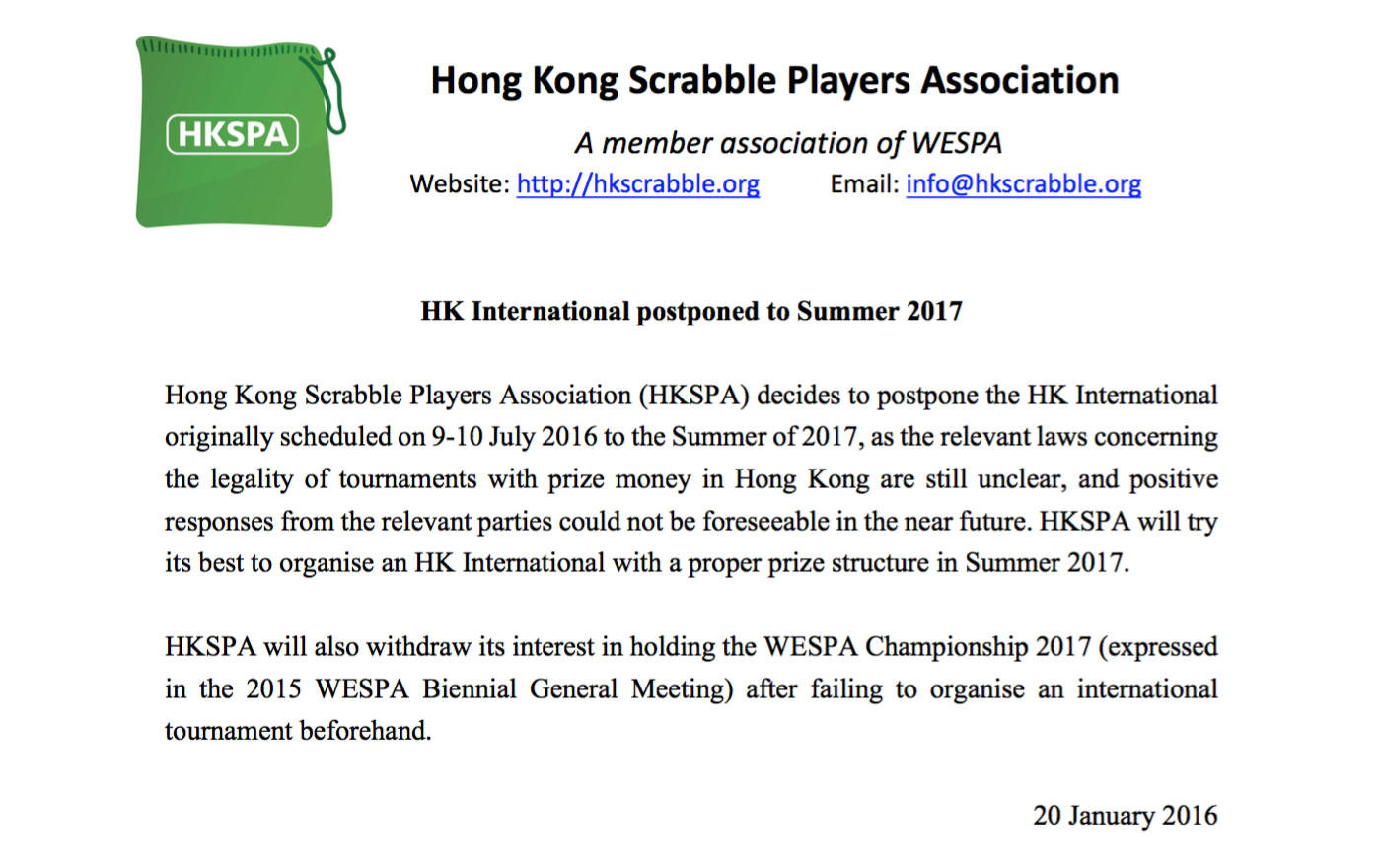