Before we look into this school year’s competition, let’s see the past winners and participating schools of this Mini Match……

From the past results, the home team has the best tournament record with 2 Champions and 1 1st Runner-up.

Back to this school year’s competition, there were two Categories, the Junior Category (for Secondary 1-3 students) and the Senior Category (for Secondary 4-6 students). Each school sends three players per round in each category. A school wins by beating the other by 3-0 or 2-1. The final ranking is calculated first by school wins, then individual wins, and finally spread.

For the Senior Category, the home team, with 5 Hong Kong Youth Scrabble Team 2015 members, was the Champion with a perfect record of 9/9 individual wins, while Methodist College got the 1st Runner-up. 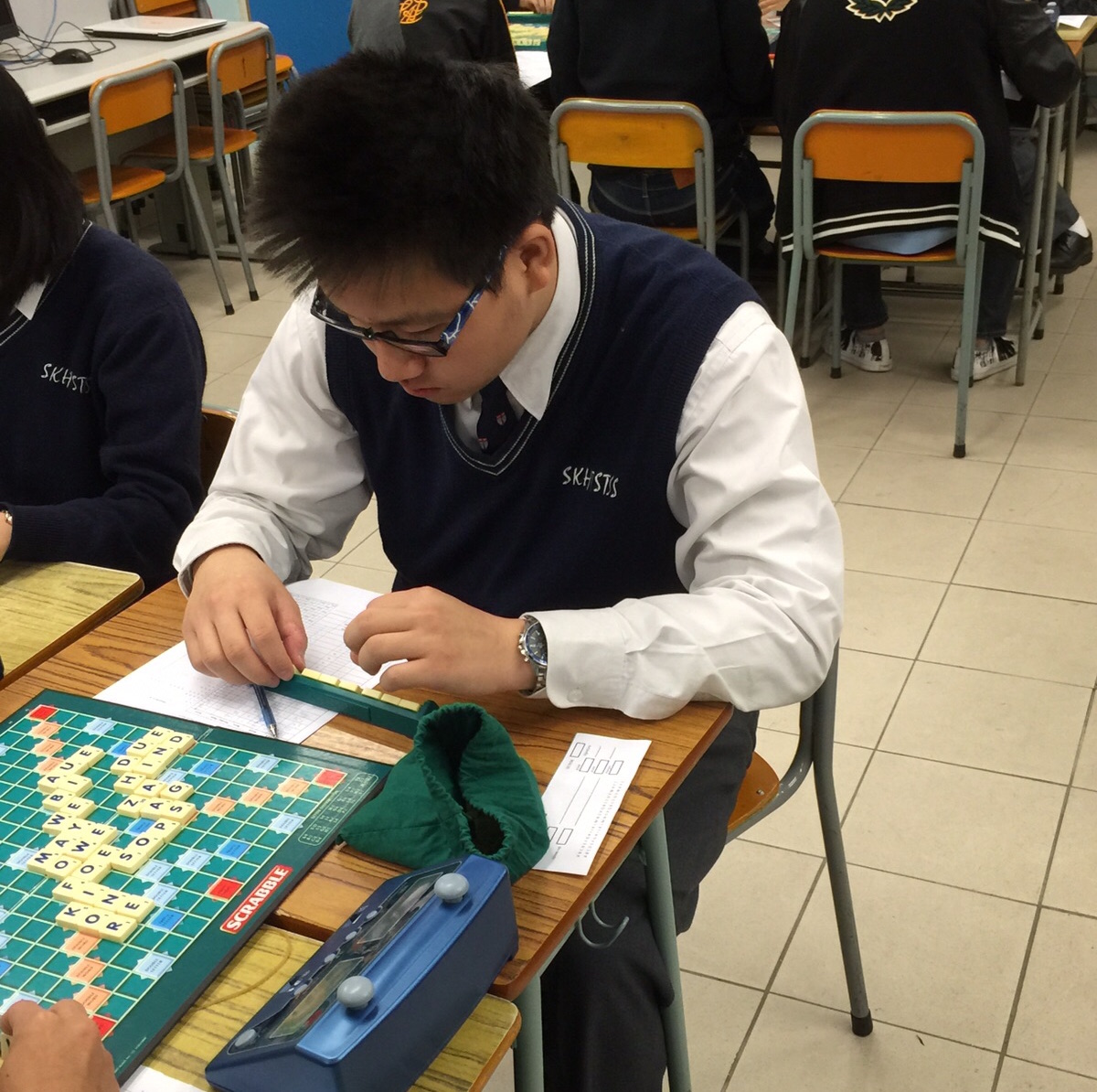 There are also High Game, High Word and Bingo Machine (the player who placed the most bingos) awards, and their winners are shown in the table below.

This tournament is the first HKSPA-rated one organised by a school, adopting WESPA Rules (V3). We encourage schools to adopt WESPA Rules (V3) in their Inter-School tournaments and apply for HKSPA ratings. Please mail [email protected] for details.