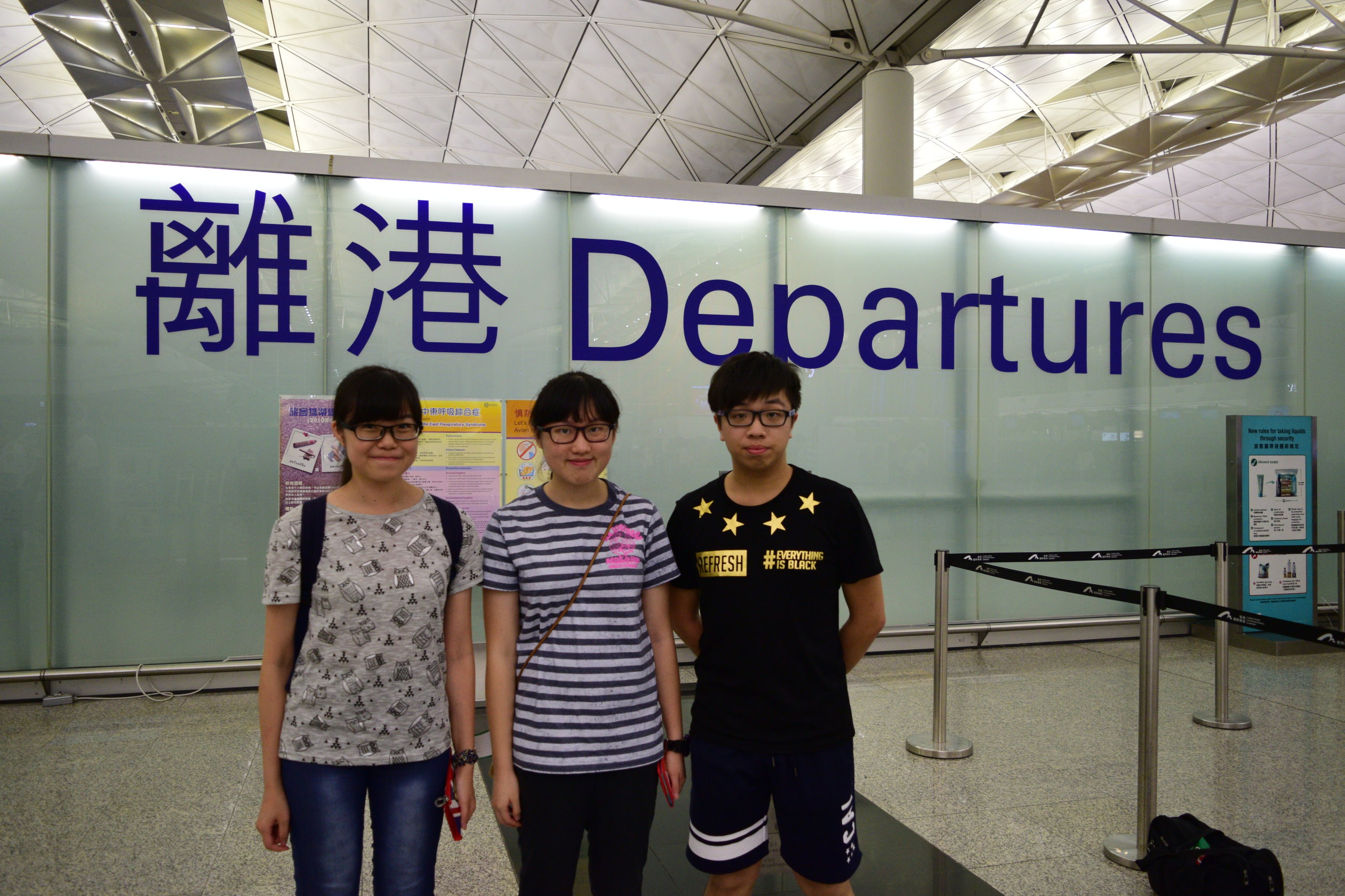 The 3 Hong Kong players will play a total of 29 WESPA-rated games in 4 days, competing with over 70 other players from Australia, England, India, Indonesia, Japan, Malaysia, New Zealand, Nigeria, Pakistan, Philippines, Singapore, Sri Lanka, Thailand, and the United States of America. 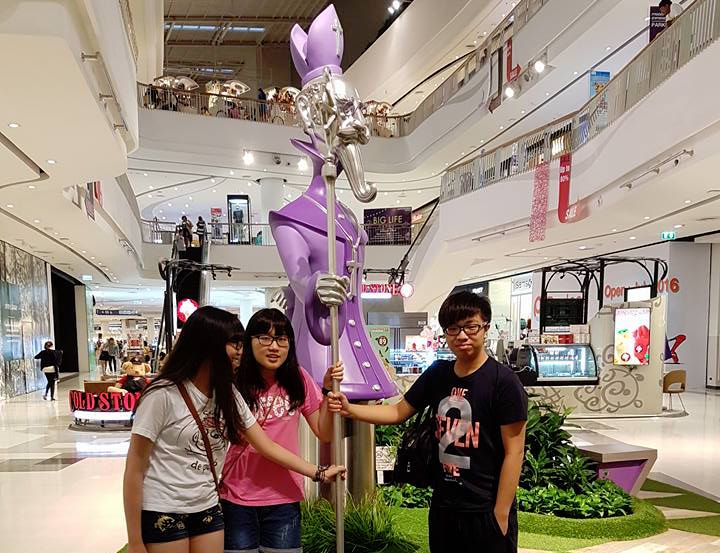 (from left) Ka Yee, Wing Lam and Tsz Hin in the shopping mall where the tournament will be held

The King’s Cup is one of the biggest international Scrabble tournaments in the world, with its theme music and grand opening and closing ceremonies. The world highest-ranked player, Nigel Richards, will be playing to defend his Champion title. Nigel has won the King’s Cup 12 times. 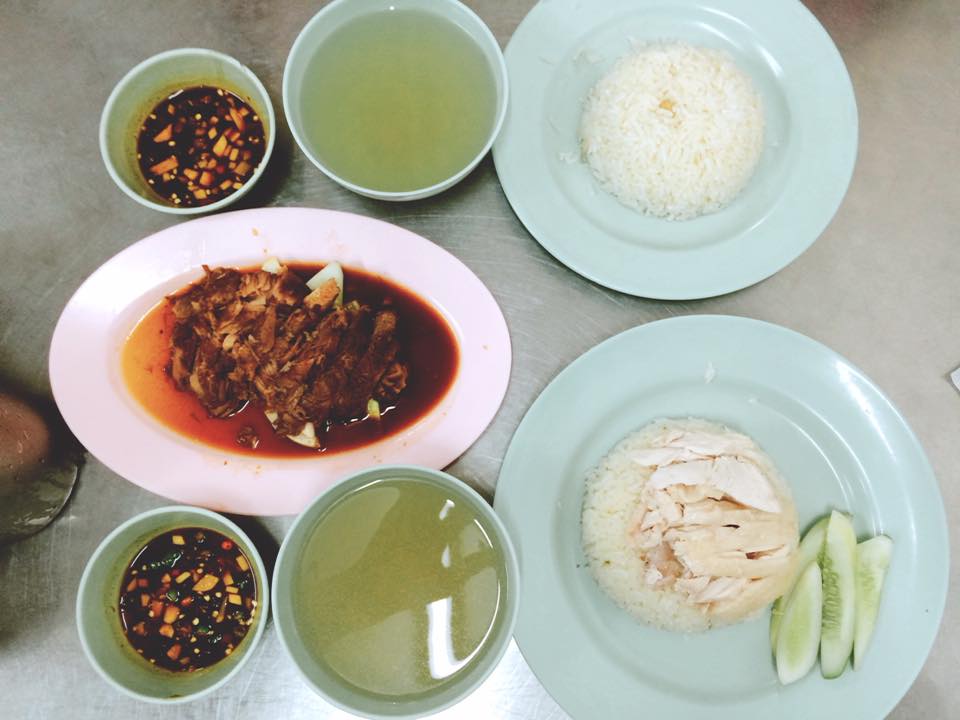 This is the second time for Yip Tsz Hin, HKSPA’s President, to play in an international Scrabble tournament. Tsz Hin played in the World Youth Scrabble Championship (WYSC) 2015 Side Tournament A last year in Perth, Australia. Tsz Hin, Wing Lam and Ka Yee were all from South Tuen Mun Government Secondary School, and used to compete in Inter-School tournaments together. They will be playing on a larger stage this time, with much stronger opponents and many more games. 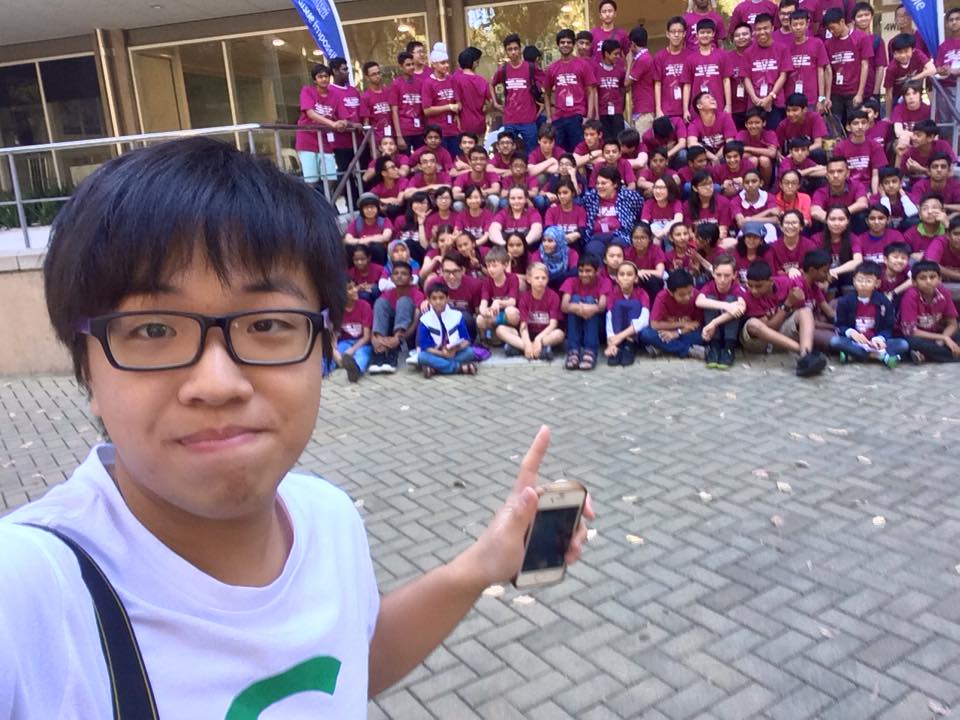 Tsz Hin in Perth……with nearly all the kids who played in the WYSC!

When asked about their expectations, Tsz Hin said: “My aim is to win at least one-third of the games. This is already a difficult task for a developing player like me, especially in such a strong field.”

“We want to give everything we learned in the past 6 years of Scrabble playing, and also gain some invaluable experience from this prestigious tournament. We hope that this is just another beginning of our Scrabble journey; we would definitely keep playing Scrabble after graduating from our secondary school. We would also like to make some Scrabble friends from around the world.” said Wing Lam and Ka Yee. 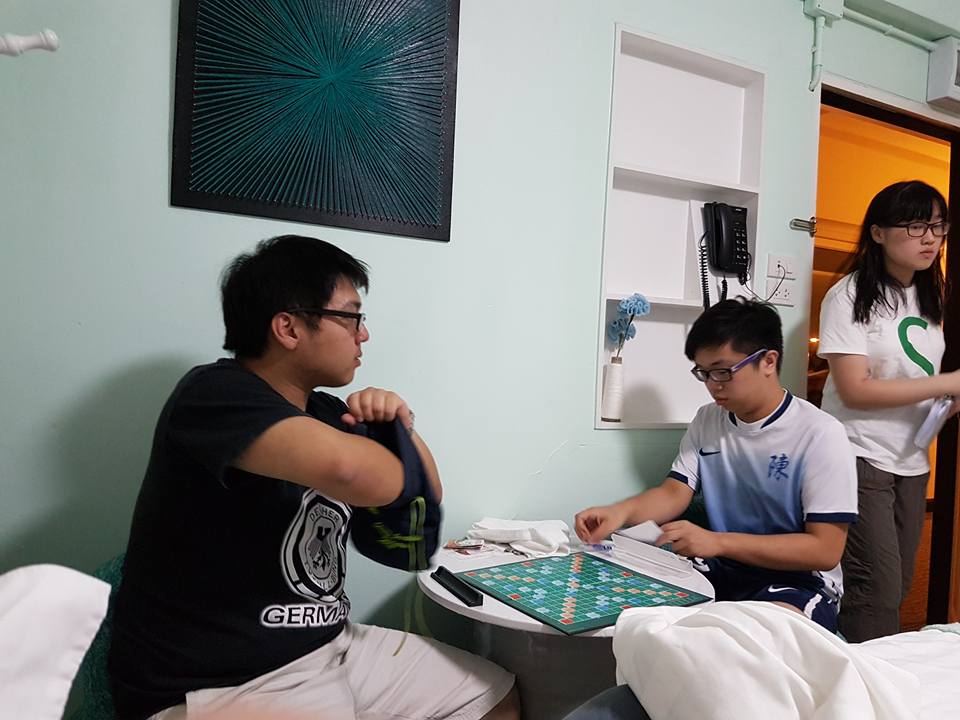 Tsz Hin playing a friendly game, with Wing Lam photobombing in the back!

Let’s wish these Hong Kong players good luck in the King’s Cup 2016! You can follow their progress by visiting the official live coverage page: http://event.poslfit.com/2016/kingscup/build/