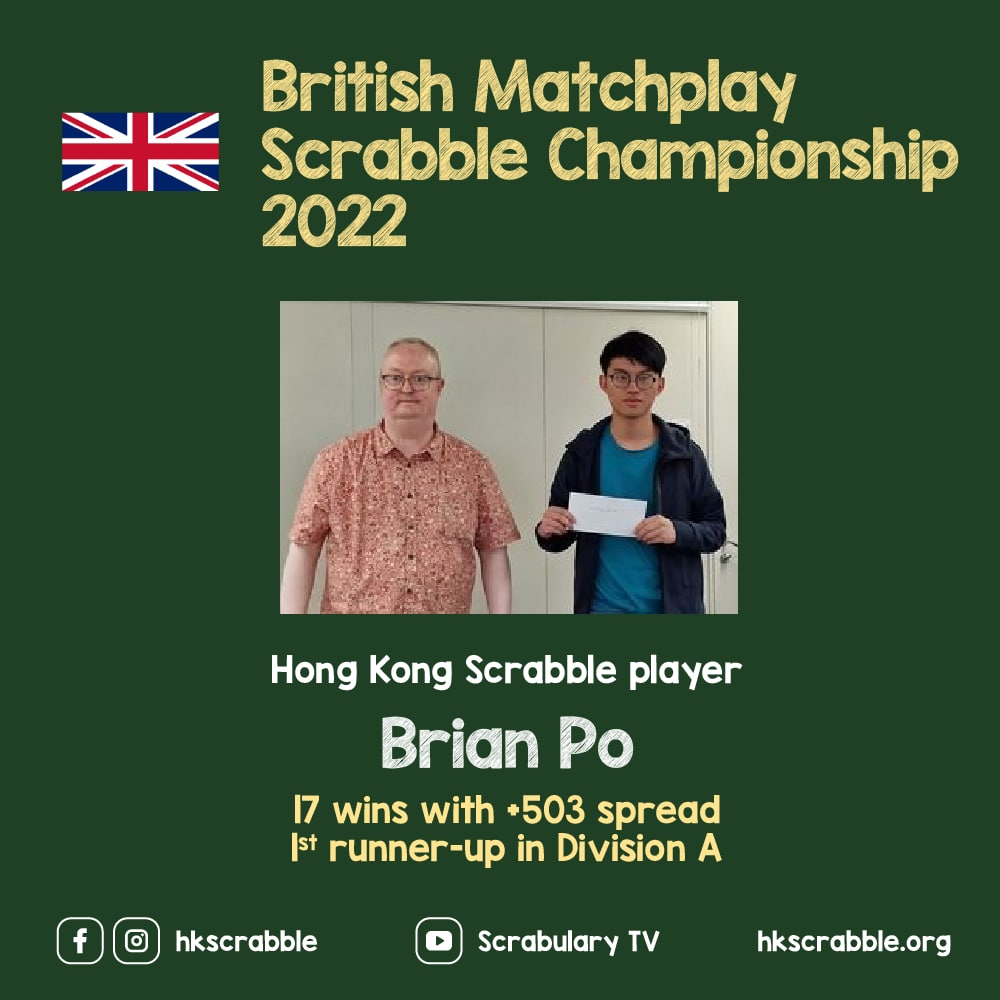 The BMSC is a tournament organised by the Association of British Scrabble Players (ABSP), featuring 68 players in the main event across three divisions. The event is rated by the ABSP and the World English-Language Scrabble Players Association (WESPA). Brian played in Division A of the event. After three days of intense competition, he completed the tournament with 17 wins and a spread of +503. Lewis Mackay, the tournament champion, defeated Brian Po 497-494 in the last game of the event. Brian was awarded the 1st runner-up in the BMSC for the first time and received prize money from the event.

Brian was a Hong Kong Youth Scrabble Team member in 2017, 2018 and 2019, and was the Hong Kong Scrabble Champion in 2019. Although he is pursuing his undergraduate degree in the United Kingdom, he continues playing Scrabble and has participated in several major Scrabble tournaments in the UK.

We wish Brian all the best in his next tournament!