The Hong Kong National Scrabble Championship 2018 was successfully held on 7th and 8th April, 2018. For the first time in history, the Hong Kong National Scrabble Championship was divided into 2 Divisions. Players with HKSPA ratings 1500 or above partook in Division 1, while those of ratings below 1500 played in Division 2. The Top 16 finishers in division 1 participated in the Finals Day on 8th April. Meanwhile, Division 2 players competed on 7th April only.

In Division 1, a total of 18 players played 9 rounds to compete for the 16 places for the Finals Day. The 16 Finalists were Carson Ip, Brian Po, Euclid Hui, Wesley Choi Wing Chi, Boris Chung, Herbert Ma, Felix Kwok, Kelvin Lam, Edwin Chan, Thomson Law Long Yin, Douglas Tsang, Ho Cheuk Yiu, Paul Christensen, Johnny Tse, Fung Tsz Hin and Hui Hung Kit. On the Finals Day, after 9 rounds of competition, Euclid Hui won the title of Hong Kong Scrabble Champion with 7 wins out of 9 and a total spread of +654, receiving the Lion Rock Trophy. The first runner-up, second runner-up and third runner-up were Boris Chung, Felix Kwok and Edwin Chan respectively, each receiving a medal. For the Youth Awards, Brian Po was the Best Under-18 and Best Under-16 player, while Thomson Law was the Best Under-14 player. 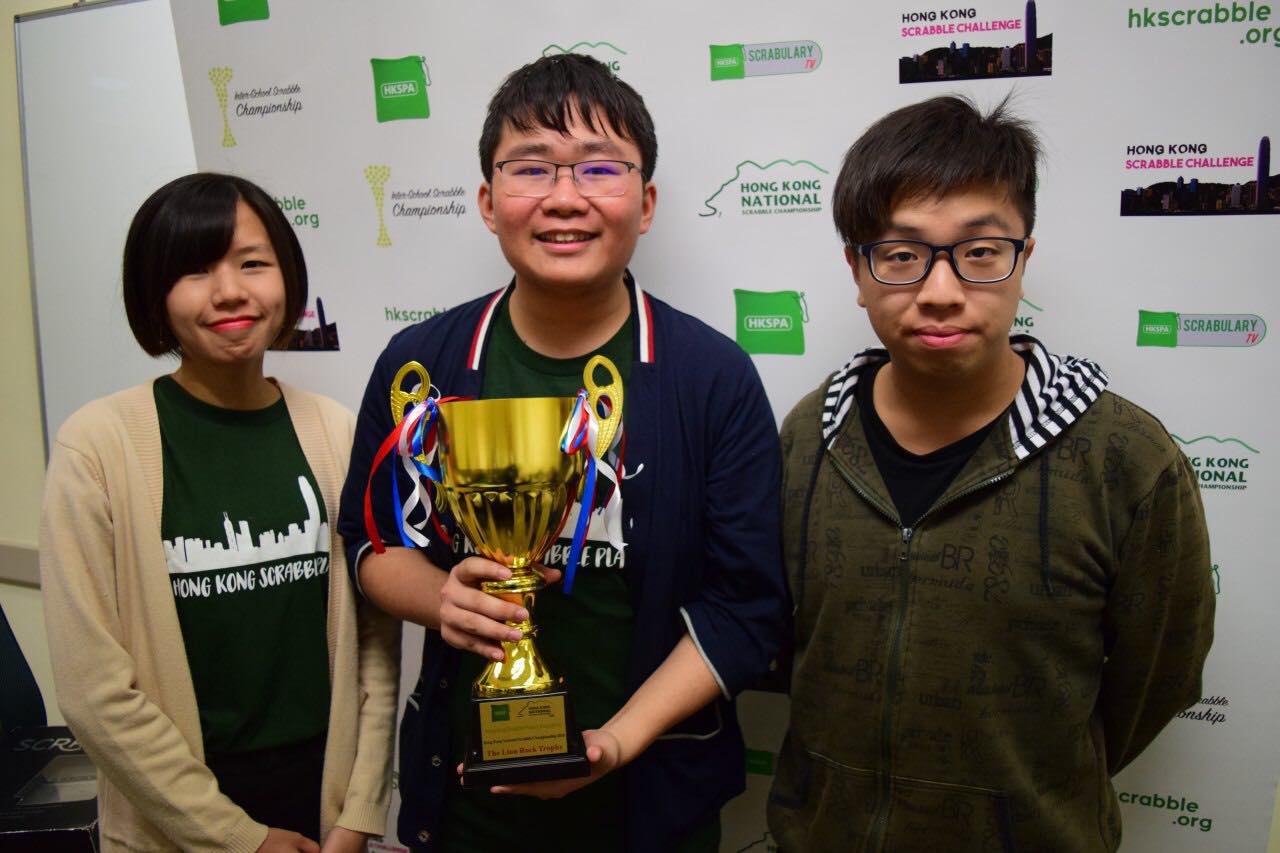 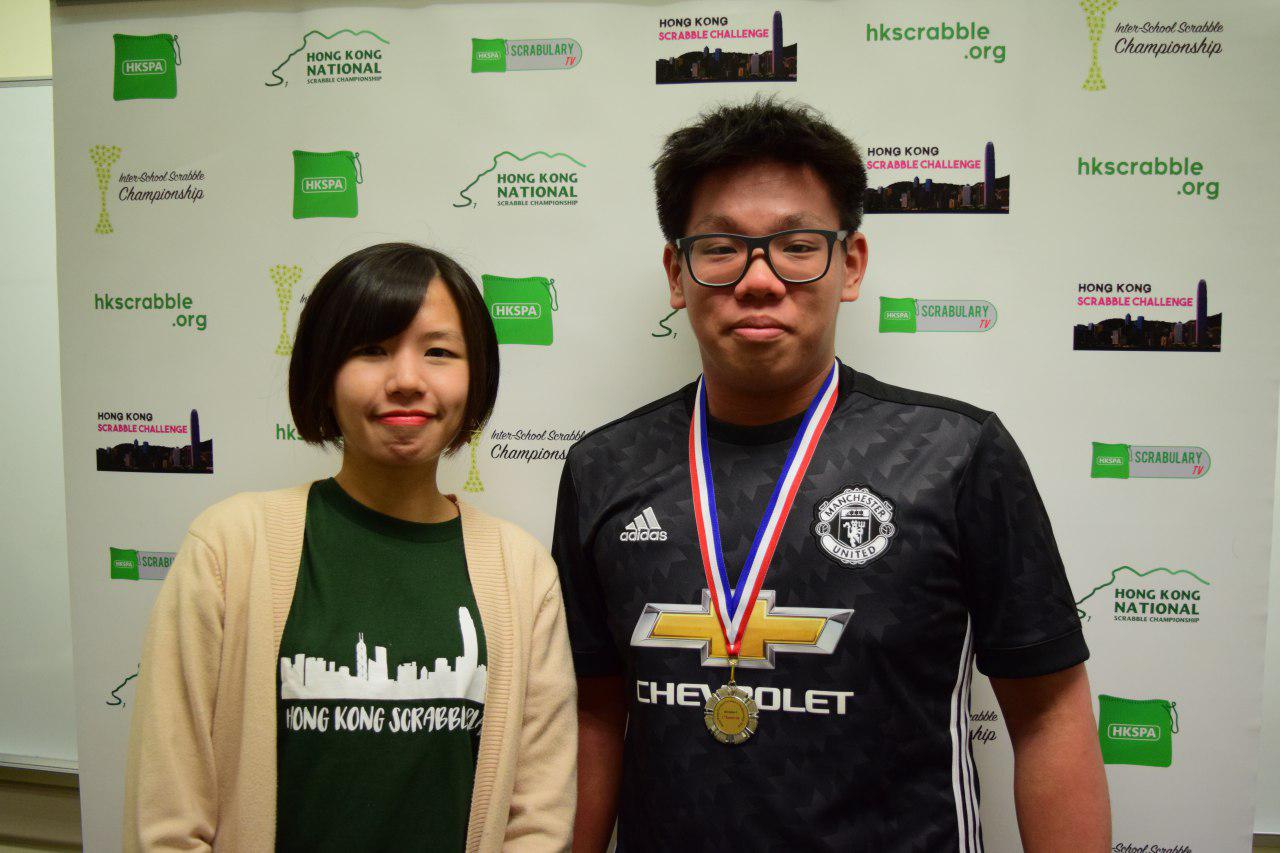 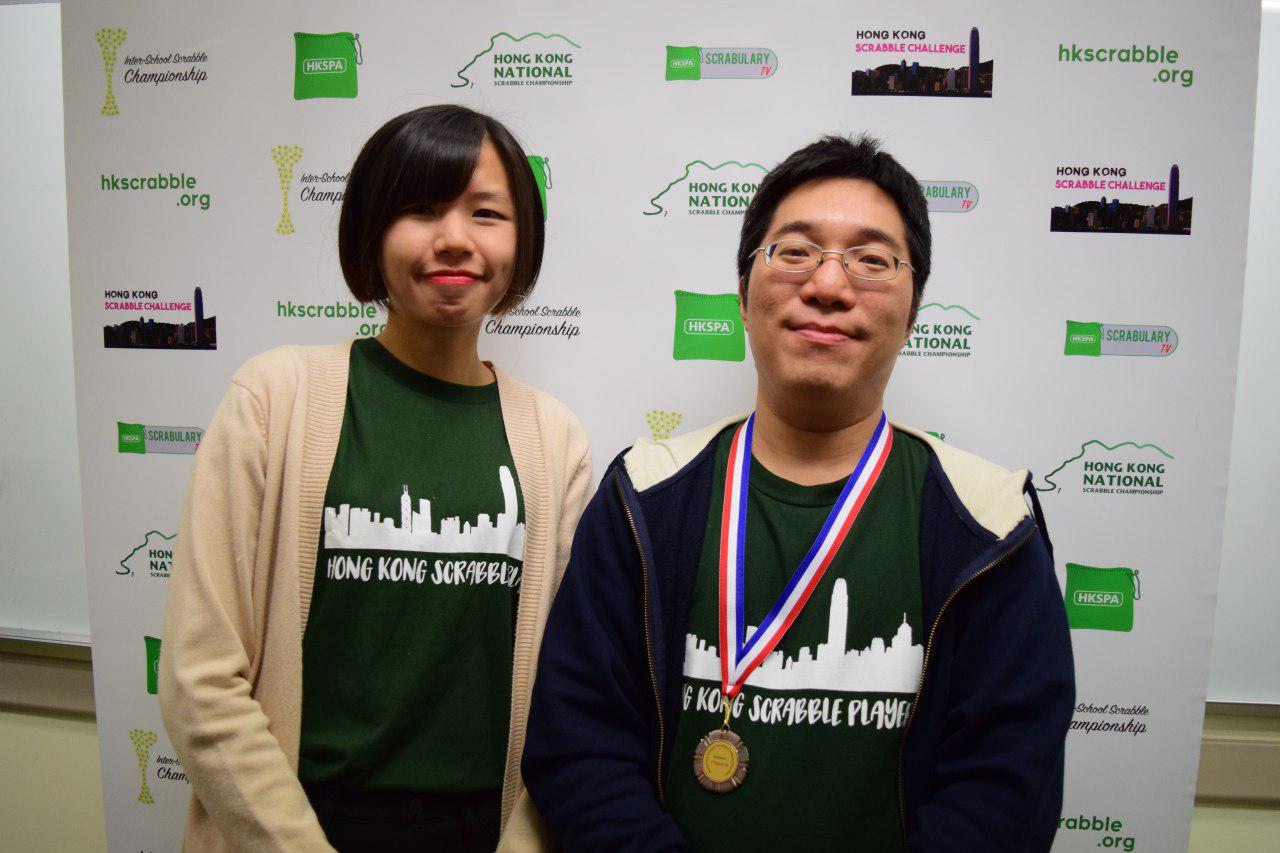 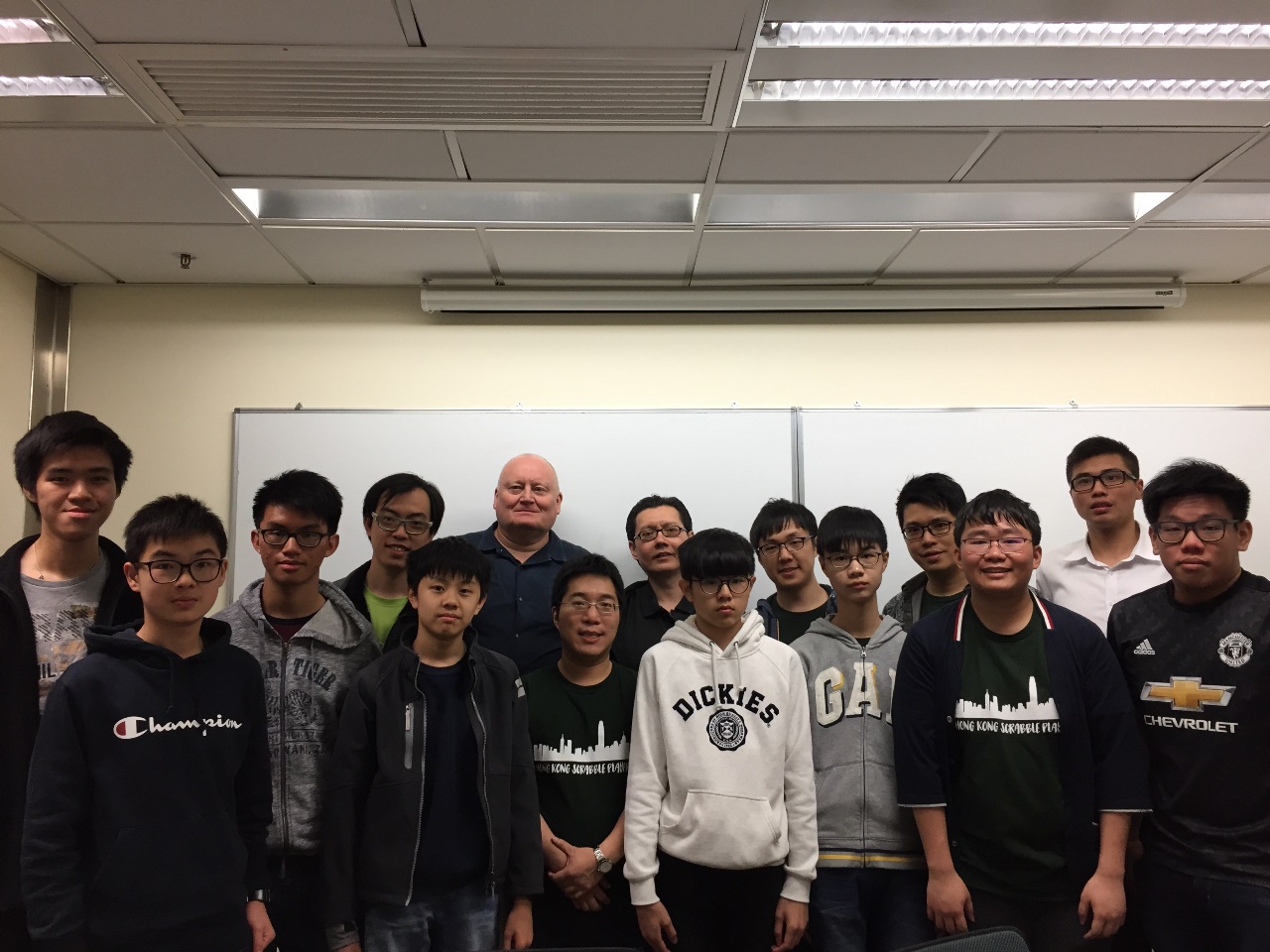 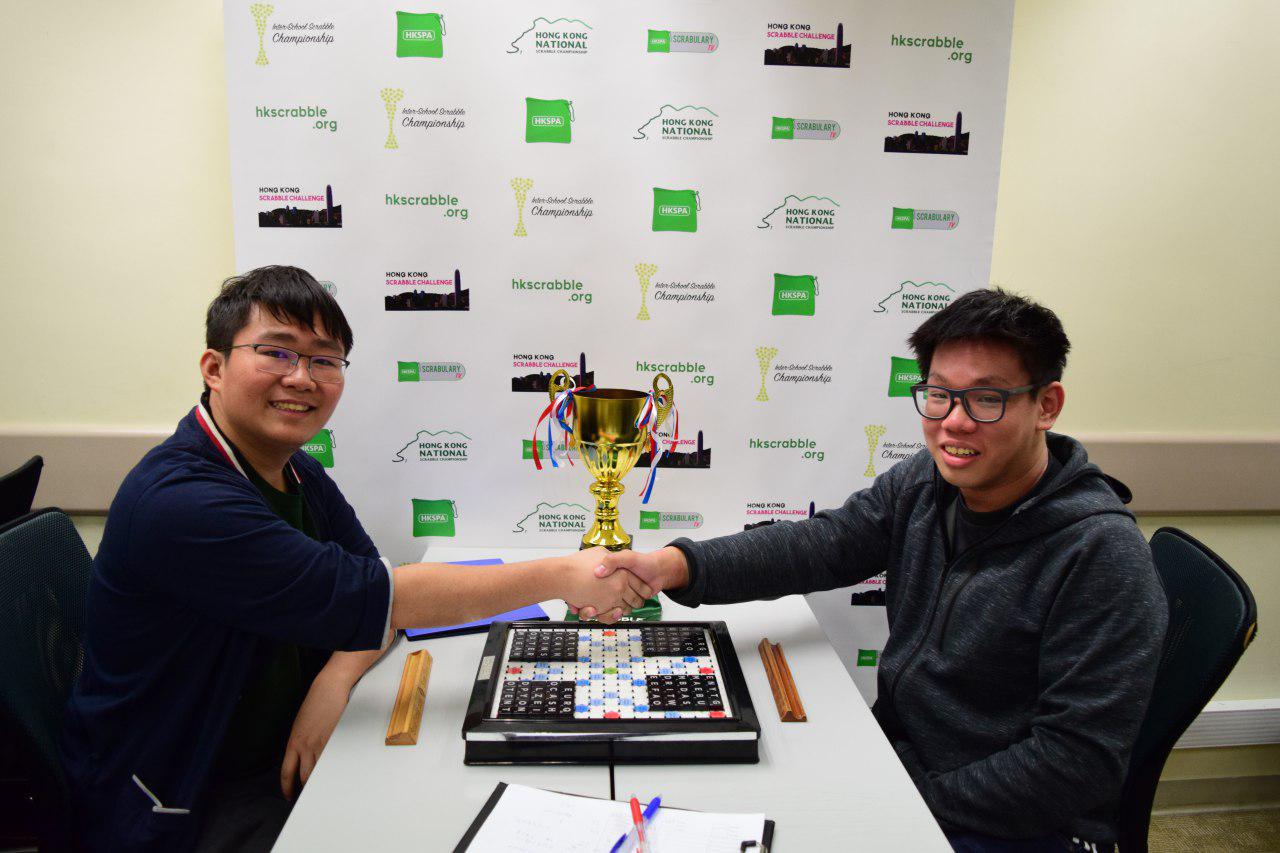 Euclid shaking hands with Boris after playing Round 9

The overall High Word in both Divisions belonged to Kelvin Ng Man Ho, who played the word SQUEEZE, forming VOWS at the same time for a stunning 165 points. The overall High Game went to Cheung Cheuk Yin with a final score of 682 points.

Congratulations to all the winners in the Hong Kong National Scrabble Championship 2018 and thanks to all the participants for supporting this tournament! 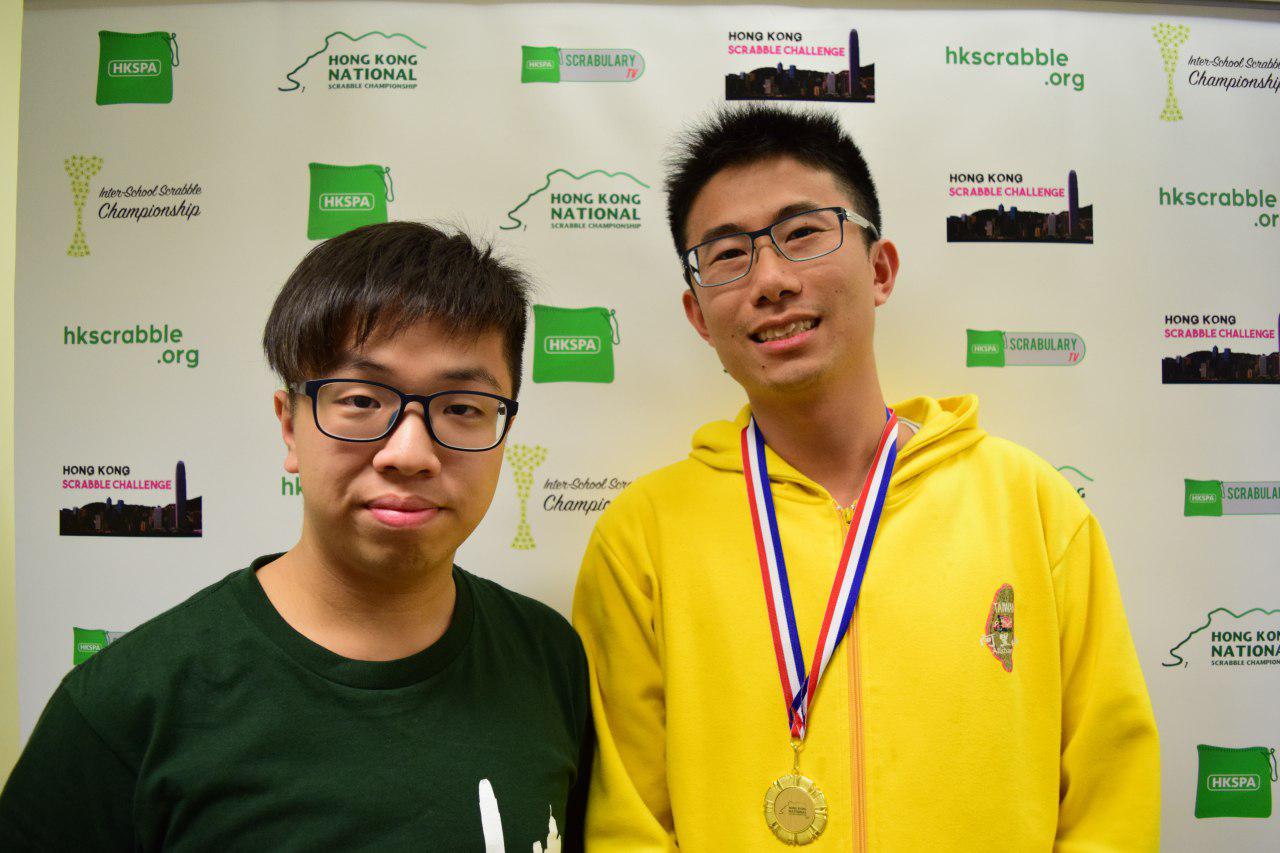 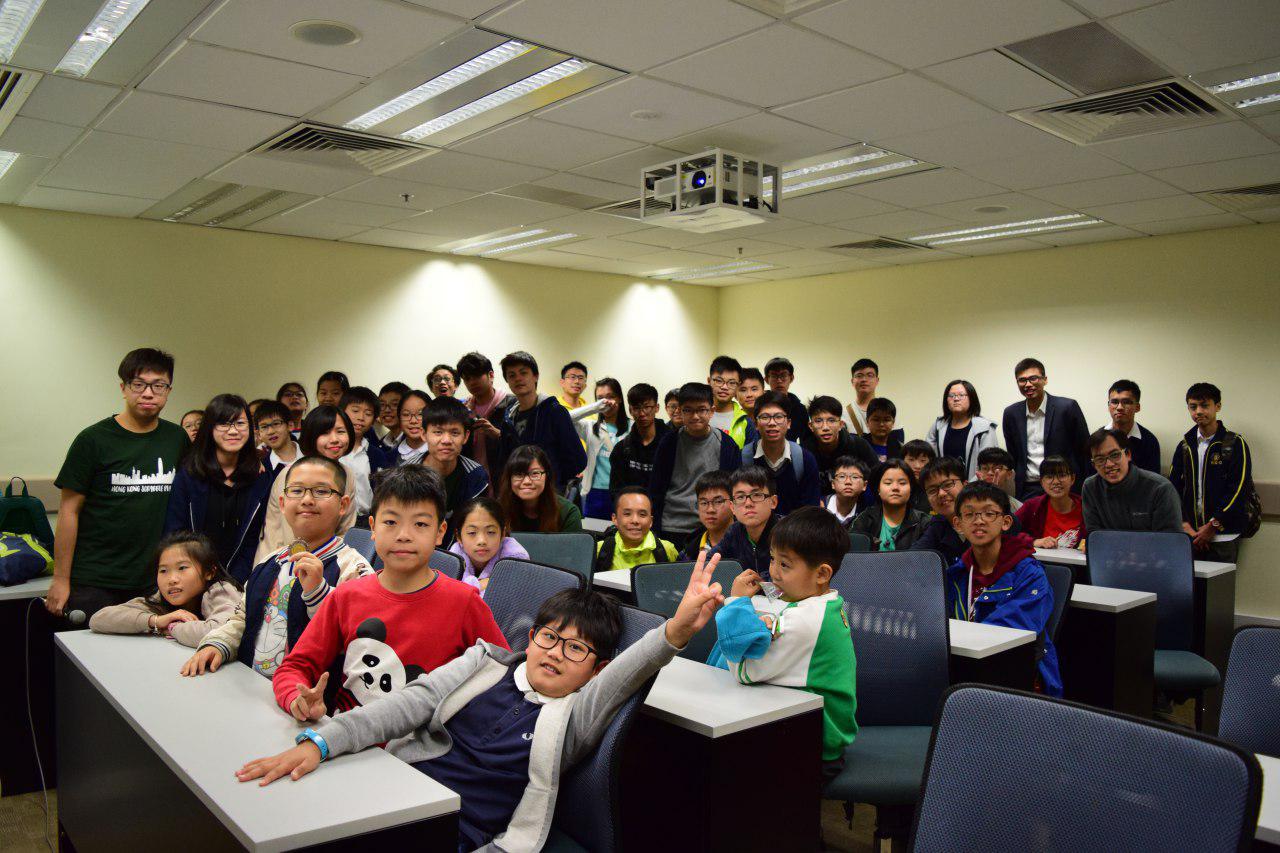 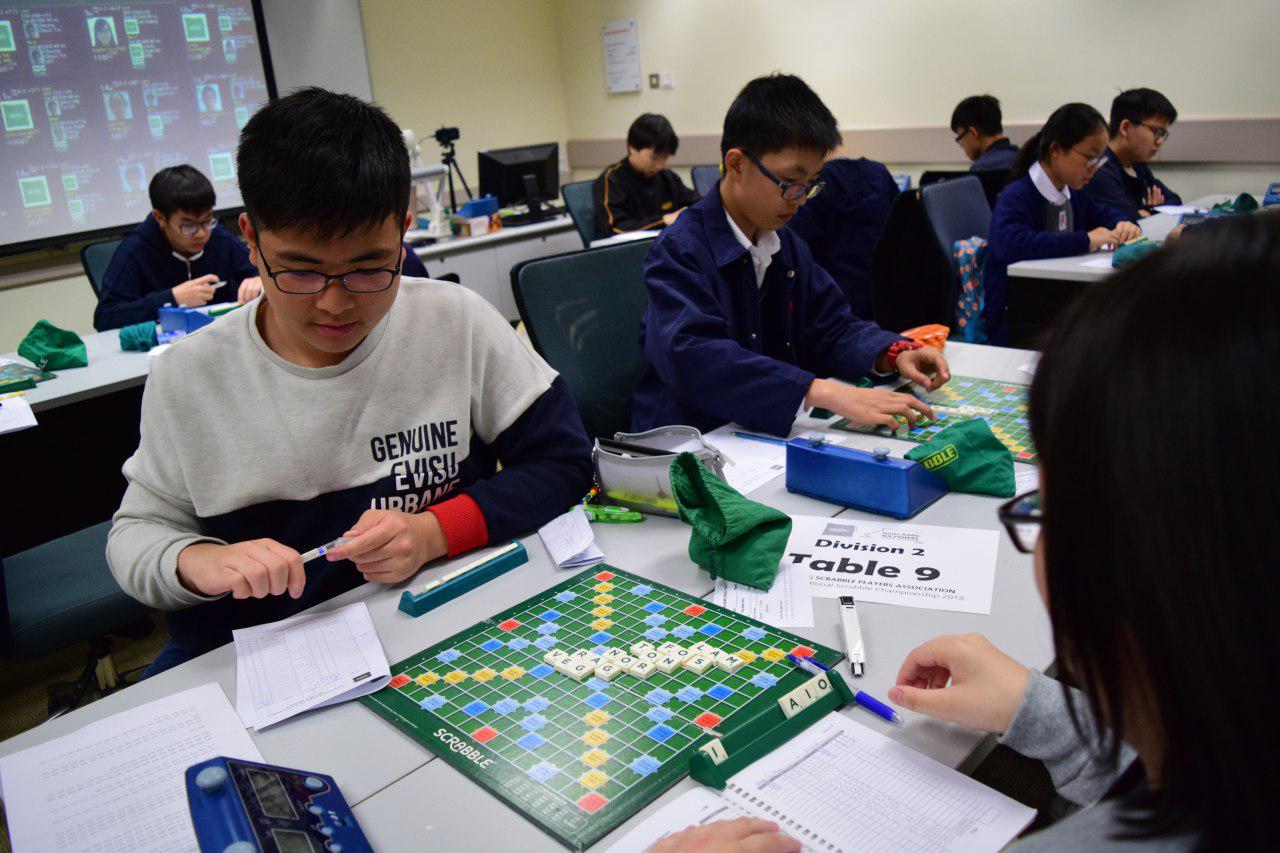 Games of Division 2 in progress