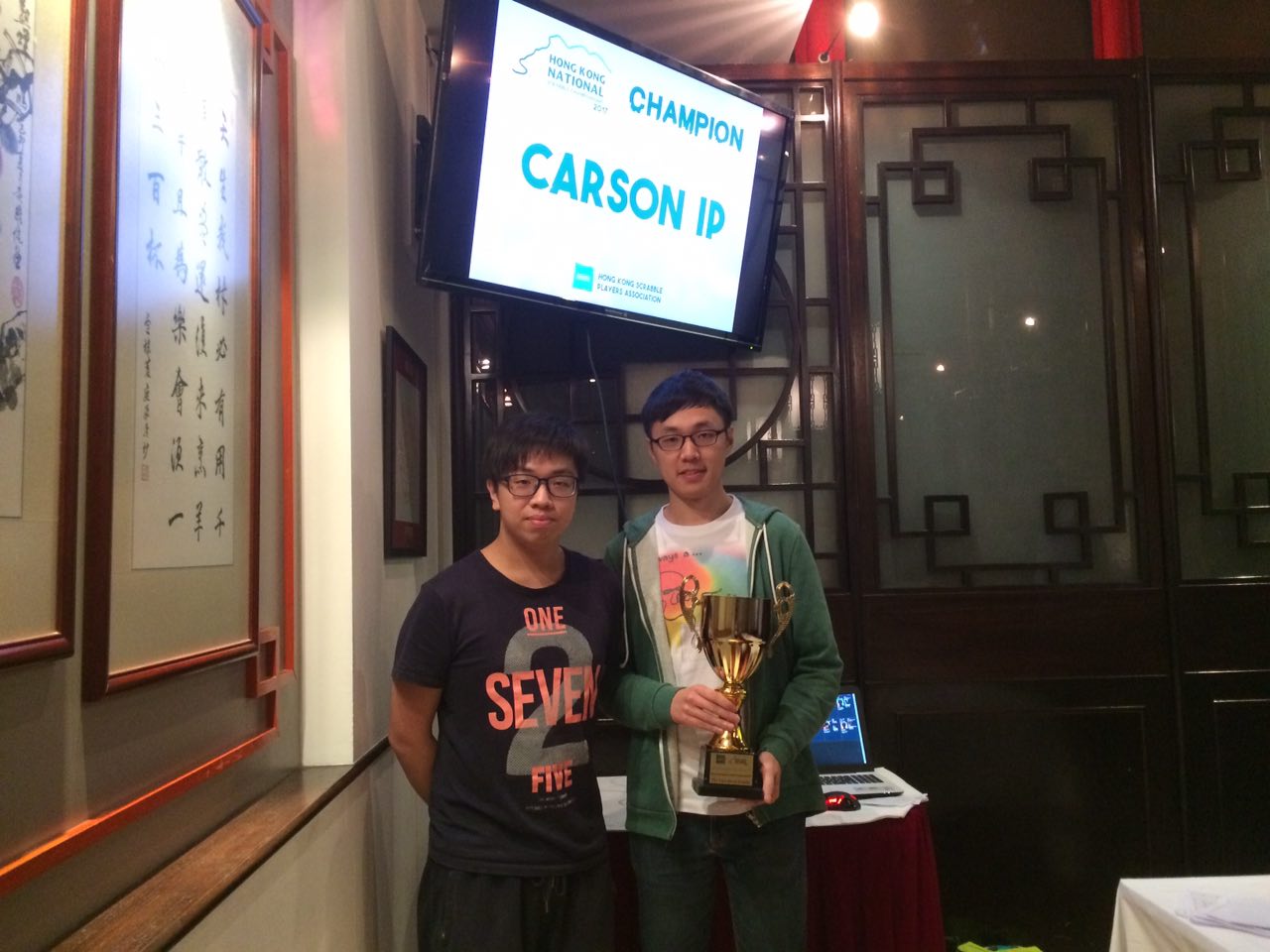 The Finals Day was held at The Foreign Correspondents’ Club, which regularly provides an excellent venue for our tournaments. The HKSPA is very grateful to the FCC for its continued support of Scrabble in Hong Kong.

Carson IP, as the defending Champion, faced tough challenges from his opponents. The 1st Runner-up, Kelvin LAM, also had 7 wins but had a lower spread than Carson.

Felix KWOK, the 1st-placed contestant at the Qualifying Rounds, got the 2nd Runner-up. HO Chun Hung, who represented Hong Kong in two World Youth Scrabble Championships (2015 and 2016), got the 3rd Runner-up.

The complete results can be found at http://hkspa.byethost7.com/tournaments/20170417nationalfinal/index.html. The list of winners can be viewed at http://hkscrabble.org/hong-kong-national-scrabble-championship-2017/results/.

Congratulations to Carson, and we hope to see you all in next year’s National!