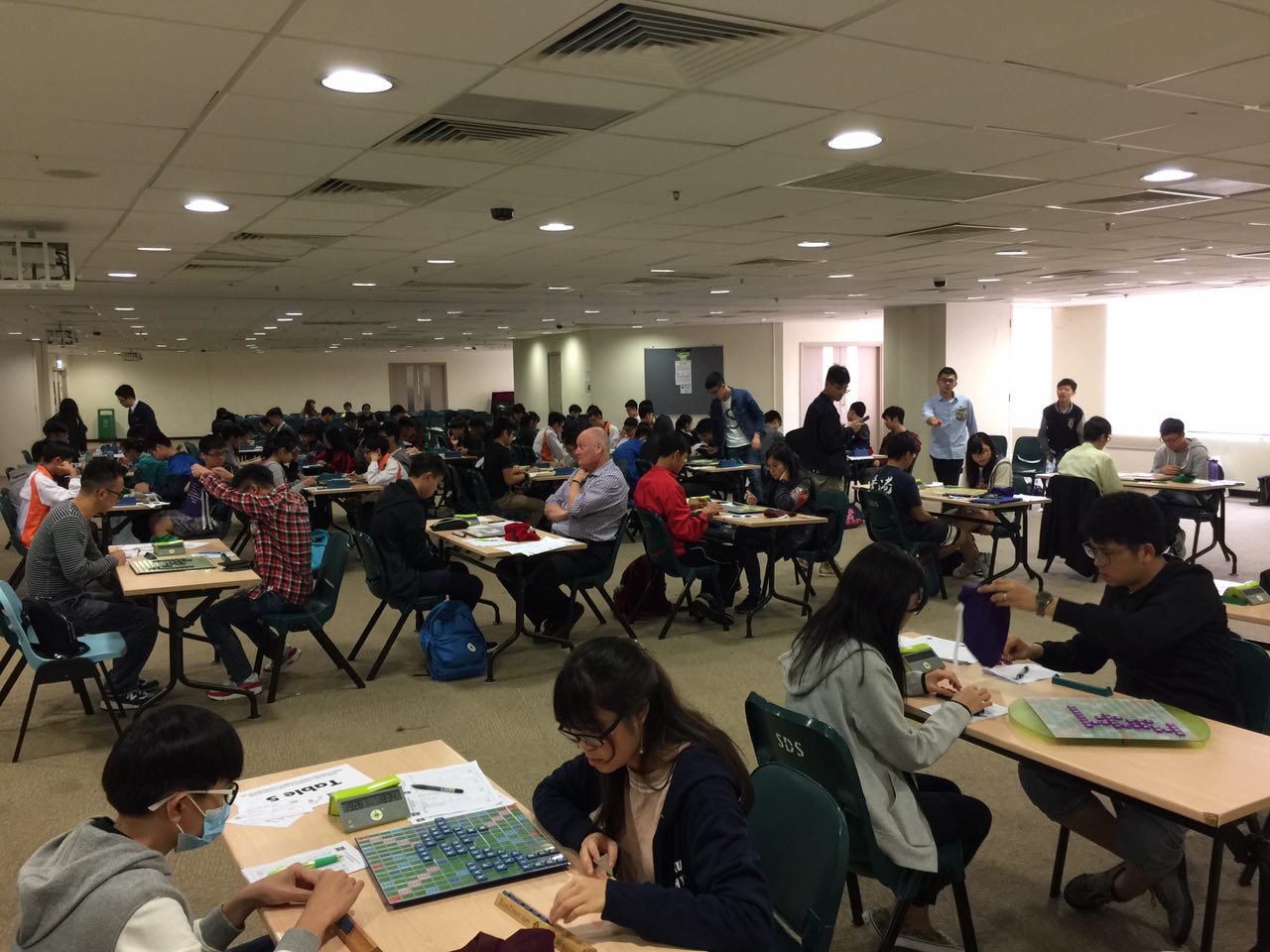 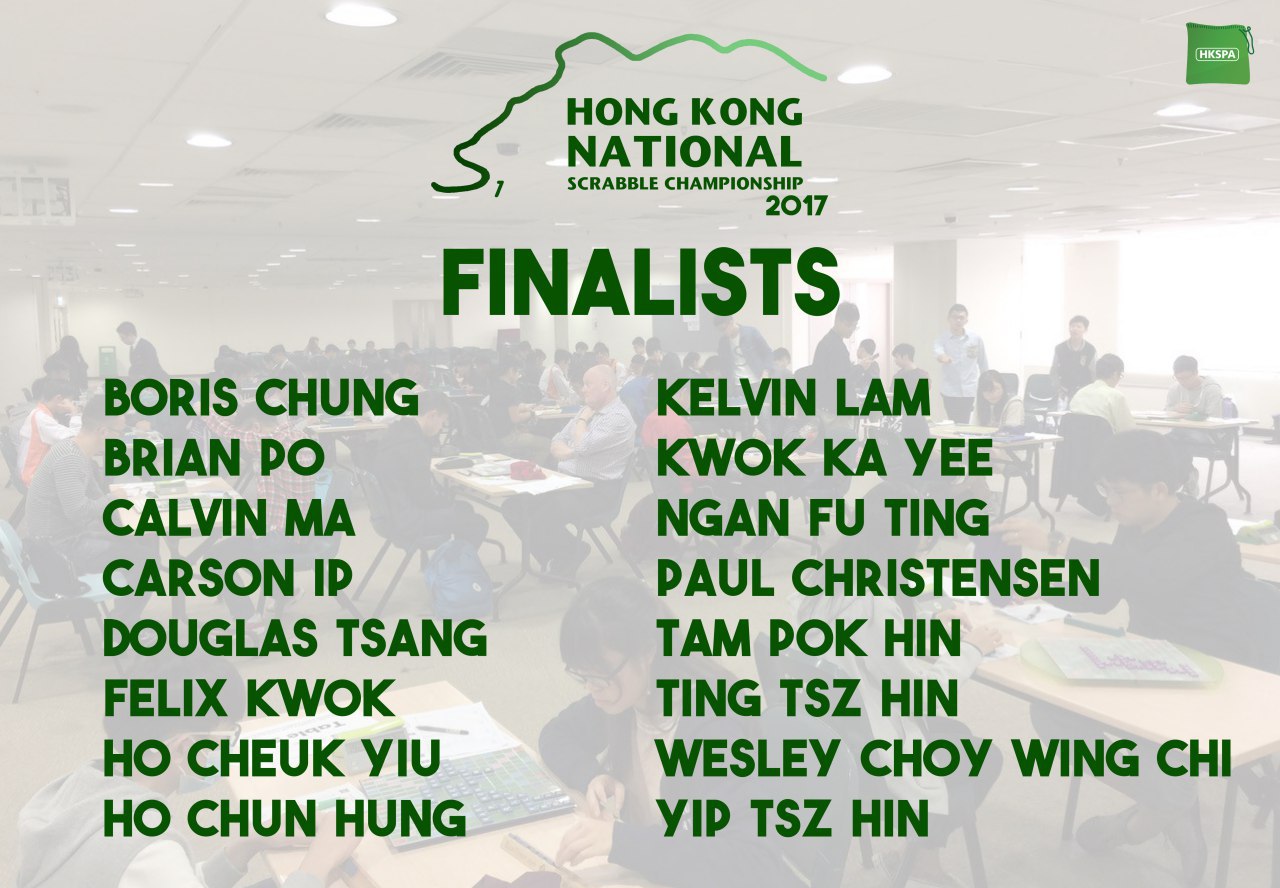 The winner list of the Qualifying Rounds can be viewed at http://hkscrabble.org/hong-kong-national-scrabble-championship-2017/results/.

Congratulations to the finalists, and good luck to them in the Finals!